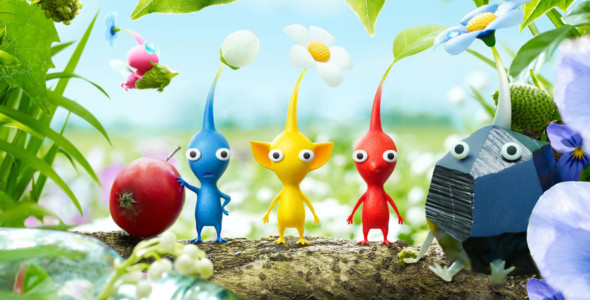 Shigeru Miyamoto is working on his first ever animated film and it’s to be set in the Pikmin universe.

According to Kotaku, the short film will be titled, Pikmin Short Movie and will make its debut at Tokyo International Film Festival next month. The movie will be split into three different episodes: “Midnight Juice,” “The Treasure Inside the Bottle,” and “One Tough Day.” Pikmin Short Movie will use CGI (as to be expected) and will support 3D. Miyamoto stated that he decided to make this film because he didn’t feel satisfied with what he managed to explore in the games. It is unknown if it will feature main characters such as Olimar or Alph, or if it will just focus on the Pikmin themselves.

Word of any release outside of the festival has not yet been given, but if it is received well, someone is bound to pick it up.

Are you excited for Miyamoto’s first short film?

One thought on “Shigeru Miyamoto Working on Pikmin Short Film”