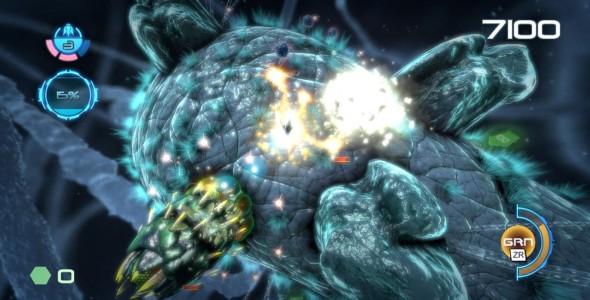 Shin’en, the creators of Nano Assault, FAST Racing League, and the Art of Balance series, are reportedly preparing their 2nd-generation engine for the Wii U. This information has surfaced via Twitter when Shin’en replied to an inquiry I made about the reveal of their two mystery games:

@ShinenGames Shin’en, huge fan of you guys here. What exact month can we expect your guy’s new game announcements this Fall?

@Shokio_YT Well, we would love to show first images along with the announcements. So as soon our 2nd gen Wii U engine is ready 🙂

For those who may not be familiar with Shin’en’s work, check out some footage of Nano Assault Neo for Wii U eShop and FAST Racing League for the Wii Shop Channel. These games (along with many others Shin’en has made) are some beautiful looking titles. The exciting thing about this news is that Shin’en knows their tech – they’re one of the top developers who actually take the time to utilize and take advantage of Nintendo’s specialized hardware. Shin’en has spoke openly numerous times on the Wii U’s hardware, explaining that the system is much stronger than people lead us to believe and when used properly can create some amazing results:

“The Wii U GPU is several generations ahead of the current gen. It allows many things that were not possible on consoles before. If you develop for Wii U you have to take advantage of these possibilities, otherwise your performance is of course limited. Also your engine layout needs to be different. You need to take advantage of the large shared memory of the Wii U, the huge and very fast EDRAM section and the big CPU caches in the cores. Especially the workings of the CPU caches are very important to master. Otherwise you can lose a magnitude of power for cache relevant parts of your code. In the end the Wii U specs fit perfectly together and make a very efficient console when used right.”

(Shin’en also took the time out to speak specifically on the Wii U’s eDRAM, stating it can be used to easily enable 1080p rendering.) 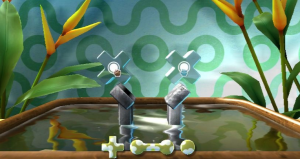 Art of Balance for the 3DS. 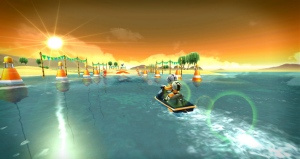 Jett Rocket for the Wii.

The reason why I keep mentioning Nano Assault and FRL is because both of those games are actually only 40MB in size. They were both small, downloadable titles for their respective systems that were only 40MB and they look that good. As I stated before, Shin’en fully understands Nintendo’s hardware and they have undoubtedly proved that. Even more impressive, in the same interview where Shin’en was discussing the Wii U’s eDRAM, they also stated that none of the shaders for Nano Assault were actually optimized for the system, and the game actually one used one of the CPU cores:

“For instance, all of our shaders used in ‘Nano Assault Neo’ are not really optimized (Meaning there was room for performance improvement). We just used the first iteration of them because they were already fast enough. We looked later through the shaders dis-assembly and noticed we can make them 30-40% faster by better pipeline usage or better hints for the shader compiler.

As ‘Nano Assault Neo’ never had a problem running at 60fps (including a 2nd screen rendering at 60fps on the GamePad) we didn’t have to do that kind of optimizations back then. For CPU usage ‘Nano Assault Neo’ only used the main CPU core. The two other cores were almost idle, beside a few percent used for our audio thread.”

It’s exciting to see games that will actually be tailored specifically to the hardware by a company other than Nintendo themselves. We can expect some beautiful looking games from Shin’en in the near future.

But getting away from all the technical mumbo-jumbo, I’m excited to see what these games will actually be. The company has a solid track record of enjoyable downloadable games for Wii, Wii U, and also the 3DS. But will they be bigger projects this time around? Some gamers are murmuring that Shin’en may be working on an F-Zero game for Nintendo, considering their very close relationship and looking at the great job they did with FAST Racing League on the Wii, which was obviously inspired by the racing series. I for one, would not mind an F-Zero from Shin’en as I feel they are totally competent developers.

What do you think these games will be? And will we be impressed by their visuals or will we be let down? Let us now down below.