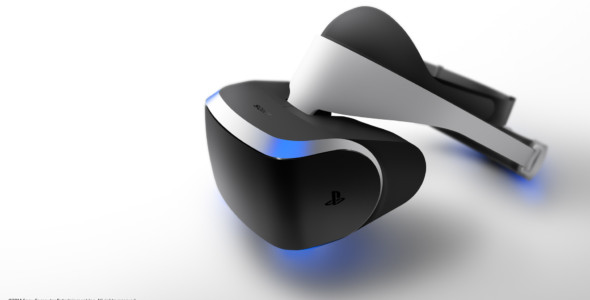 Earlier this week during a GDC conference, Sony unveiled the rumored PS4 virtual reality headset, dubbed “Project Morpheus”.  Yoshida revealed it on-stage yesterday, and claimed that the headset has been in development for the last 3 years. The unit shown was simply a prototype, Yoshida stressed, but the prototype also doubles as a dev kit for developers to use.

The headset has both a USB and HDMI connection, and the display sports a 1080p display and just over a 90-degree field of view. Morpheus is also packing head tracking technology, and volume control, and has “true spatial sound” using binaural audio. Yeah, this thing is packed with lots of cool features.

No release date was given, but Sony assured that the headset will be launching later this year. As far as the price goes, no specific details were given other than the the fact that Yoshida claimed that it will be “affordable”.

Quite an interesting move for Sony. How do you feel about them entering this market? Let us know what you think down below.