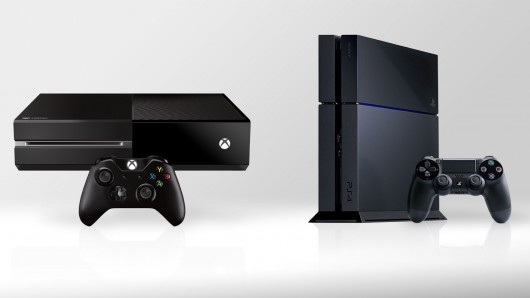 I must say this, Sony is leading in pre-orders as of right now, not only that but the ps4 is one hundred dollars less than the xbox one . Which means that if Microsoft doesn’t drop the price of the Xbox One, and remove this mandatory kinect 2.0 from spying on people. This will hurt their sales. Now the next thing is this , Microsoft needs more first party titles, we are tired of seeing the Halo’s , Forza, & Gears of War. Microsoft is running these titles into the ground , we are in the next gen era so we need to see new ip’s out the gate. Sony on the other hand is producing more first party titles at launch , giving gamers more  to choose form . The ps4 is more powerful than the xbox one, a prime example is the memory, xbox one is using DDR3 and  ps4 is using GDDR5. The harddrive in the xbox one is not upgradable where as the ps4 harddrive is upgradable, the bottom line to this is sony is giving us more value out the box, for one hunndred dollars less.To end all Microsoft needs to gain our trust back with better policies, more exculsive games, and also a cheaper SKU.

4 thoughts on “Sony Will Defeat Microsoft In This Console War”