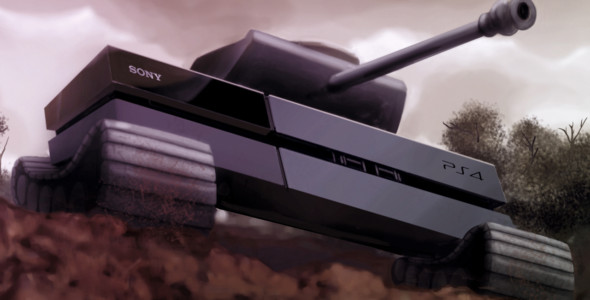 Sony and the PS4 have a seemingly unstoppable momentum right now as it continues to widen the gap between it and the Xbox One while quickly closing the gap between between it and the Wii U. The system has managed to move over 300,000 units during it’s launch in Japan – and that was only for the first 2 days.  Without a doubt, the PS4 is bound to surpass total lifetime sells of the Wii U by the end of this month, which is pretty crazy if you think about.

If you sit back and think about it though, it’s not surprising in the slightest. I don’t mean to downplay all the great moves that Sony has made with the PS4 – because they’re definitely part of the reason why they’re doing so well – but really, Nintendo and Microsoft have done this to themselves.

The struggles that the Wii U and Xbox One are currently going through are completely self-inflicted.

And I don’t think Nintendo and Microsoft fully realize this. While Nintendo may be quick to blame the bias media (which is definitely a major problem for them) and Microsoft may be blaming the direct competition with the PS4 and “graphics whores”, I feel that both companies don’t completely understand the fact that they both took steps to ensure that they would end up in their predicaments.

With Nintendo, the short-sightedness of preparing for HD development is simply confounding. How did Nintendo seem to miss the whole struggle period that Sony, Microsoft, and 3rd parties first went through during the beginning of the 7th generation? This has caused their complete game development schedule to be pushed by an insane amount. Pikmin 3, for instance, was supposed to be a launch title for the Wii U originally, but didn’t end up releasing until August 2013 – essentially 9 months later. This has caused a domino affect with all other games, squandering the system’s install base which has all but discouraged any potential 3rd party support that would have happened despite hardware differences between the Wii U and the PS4/Xbox One. 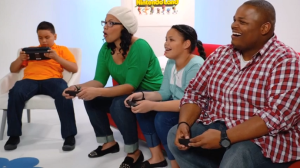 And it doesn’t help that the few ads that they HAVE had, have only targeted on specific kind of audience.

Even worse, Nintendo’s marketing for the system has been virtually non-existent during it’s first year, and didn’t pick up until November when Super Mario 3D launched. How did Nintendo expect to sell a system this whole time without even letting people know that it was out there on the market?

Add these factors in with a system that is lacking standard abilities and features in 2014 – some of which were even in the Wii and even Nintendo’s current handheld, the 3DS – and you have a recipe for disaster.

There’s tons more problems I could point out regarding Nintendo and the Wii U, but as a huge Nintendo fan, I could type about those things for ages. So I’ll leave it at there for now.

Moving on to Microsoft, they should have known that gamers would not have tolerated the Xbox One’s old policies, and now their image and trust with gamers have been damaged even further. Many gamers simply refuse to even support Microsoft regardless of the 180’s they have done. Not to mention, of course, the $100 Kinect that is forced upon gamers who may have no interest in the device whatsoever, which I would say is actually the 2nd main problem the system is facing (with Microsoft’s image being the first).

Another major cause of the Xbox One’s woes is Microsft’s decision to seemingly focus on making it a multi-media hub first and a gaming system second. An example of this is how a pretty significant amount of resources are taking up by the system’s 3 operating systems and multi-tasking capabilities. An entire 3GB’s of RAM, 2 CPU cores, and about 10% of the GPU are completely locked away from game usage and are only used for background tasks. This has caused the system to have a crucial power disadvantage against Sony, who now has the superior multiplats in their court this generation.

Now we look at Sony, who is currently on a wave of positive inertia and momentum. I consider myself a Sony fan, but in no way am I bias toward them, as I am a hardcore Nintendo fan first and foremost. But the facts are the facts – Sony completely deserves the success that they are experiencing right now. When Sony set out to make the PS4, they went to the developers and asked them what they wanted out of a next-generation machine. That is why we are seeing tons and tons of previously PC-exclusive games now heading over to the PS4. It’s all because of the ease of development Sony has enabled with the system.

Not only that, but Sony has also been very engaged with their fans. Over the course of 2013, many Playstation gamers have let issues be known to Sony on FaceBook, Twitter, and various other outlets. And Sony has not ignored them either. If you go and Tweet Yoshida right now regarding an issue with the PS4, you actually have a chance of him responding to you. Does anyone even know where to begin to try to contact Iwata directly? 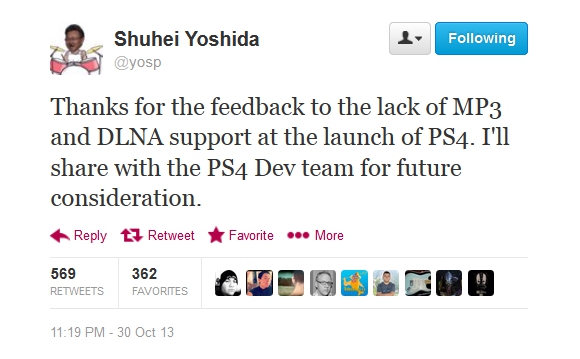 The most important groups of people to a console are the developers and the consumers, and Sony has done the best that they can to build the Playstation 4 around both. That is why they are reaping what they sowed right now.

But those things aside, honestly, I feel that even if Sony didn’t do what they did with the system’s hardware and fan catering, they’d still be winning anyways. Like the title of this article says, Sony is essentially winning this race by default. They haven’t done a single thing to Nintendo or Microsoft – those two hurt themselves – and hopefully they can learn from their mistakes and look at Sony to see what they did right to achieve their success.

Even if you’re not the best runner, it’s hard to lose a race if your two opponents keep tripping over their own feet at every other step. All you have to do is make sure that your shoes are tied and keep running steadily, and you’re bound to win.

16 thoughts on “Sony is Winning the Console Race By Default”