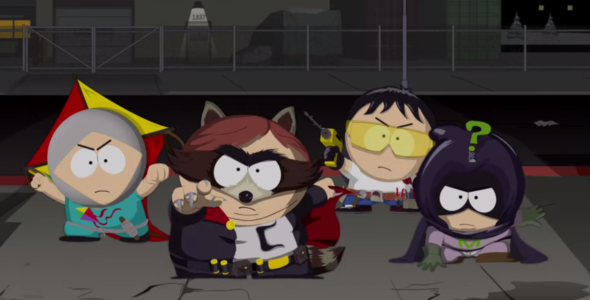 Ubisoft opened up their press conference today with a bit of a surprise. A sequel to South Park: Stick of Truth was announced titled, South Park: The Fractured But Whole (get it?).

This time around, the kids of South Park are playing super heroes, and are going back to the fan-favorite saga from the show, Coon and Friends.

Originally, Matt Stone and Trey Parker stated that they never wanted to make another video game again, but they figured since they started getting a hang of the process during the end of development on Stick of Truth, they’d give it one more go.

South Park: The Fractured but Whole is available for pre-order now.

Stay tuned for me E3 coverage.