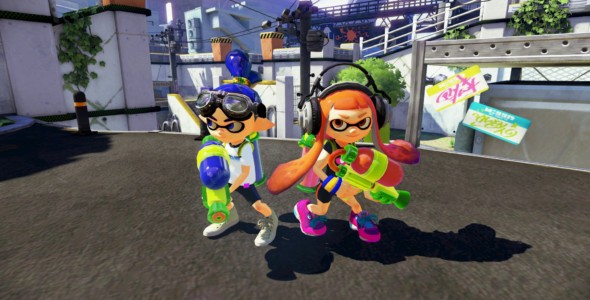 After a very successful and well received E3 from Nintendo, it looks like they may be bringing a bit of disappointment to fans once again.

Nintendo’s new IP titled Splatoon was revealed this year at E3. It is a multiplayer focused shooter filled with octopi and bright colored ink. The Wii U game was praised at E3 and emphasized playing with other people. You would think that a game that focuses so heavily on playing with others would offer voice chat for online play. However, the developers aren’t too sure about that.

In an interview with Game Rant, producer Hisashi Nogami had this to say when asked about adding voice chat:

“The core concept of Splatoon is that by looking at the way the ink is being spread around and progressing, you know, you can kind of see what your enemies are doing, what your teammates are doing, and then you’re able to decide what you want to do. And that’s kind of the main thing we’re always thinking about, and we kind of get similar questions about the number of people that can be in a multiplayer match, but for this game it’s really that four-on-four is the best number. With four-on-four, the amount of influence that a single player has is perfectly balanced, but also the speed at which the battle changes, the way the battle is developing changes is also completely perfect.”

“The idea being that the core concept is basically that players look at the way the ink is being spread around, the way it’s being painted around, and decide what to do. If in any way that doesn’t disrupt that balance we’ve created, we’ll definitely consider different ways of communication and introduce that to the game as we go forward with development.” 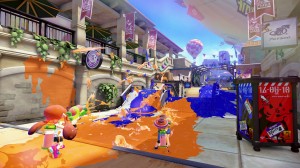 I really hope they pull through and put voice chat into the game. The fact that this is even a debate confounds the mind. It is 2014, voice chat is a standard in video games. Nintendo truly needs to get with the program. With a game that relies on its multiplayer, voice chat should be second nature. I guess we’ll see soon enough if they end up putting it into the game. I know that if it isn’t added, it will leave a bitter taste in the mouths of many hardcore gamers. I’m sure the game will be good regardless, but the whole voice chat issue with Nintendo is getting progressively more frustrating.

Will you still be purchasing Splatoon if voice chat isn’t a feature?