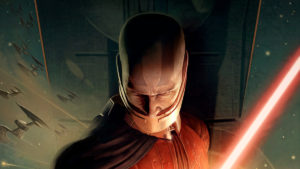 A new Star Wars film is currently in the early stages based on The Knights of The Old Republic, the adored 2003 title released by Bioware for Microsoft platforms at the time.  Sources claim that it is being written by Laeta Kalogridis, known as an executive producer on Avatar and also writing Shutter Island. 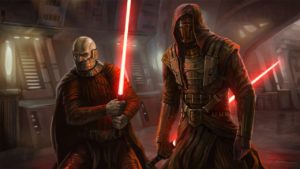 Kalogridis was said to be hired sometime in 2018, and is set to make this a new trilogy after the conclusion of the current saga which all are expecting to end with Star Wars: The Rise Of Skywalker. We have included the trailer for that release below:

Knights of the Old Republic was set roughly 4,000 years before the rise of the Galactic Empire that occurred in Revenge of the Sith. Its plot involves Darth Malak, a Dark Lord of the Sith and former apprentice to the sinister Darth Revan, using a Sith armada against the established Republic. Set in a time when Jedi were far more prevalent than in the original Star Wars trilogy it is a fan favorite of many and I expect it to revitalize what critics say has been a rather long and boring series a movies the last few years.

Are you going to see a KOTOR movie? Let us know your thoughts, and as always keep it locked to GaminRealm for all your entertainment and gaming news.