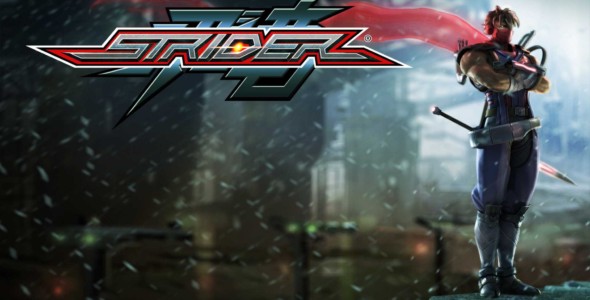 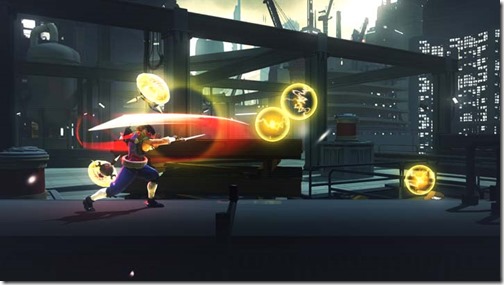 Just like in previous games and Marvel. Vs. Capcom, Strider summons Option A and two robots circle around Strider like satellites. When he swings his sword, they shoot projectiles at the enemy. Check Below!

The Option A will also protect Strider from enemy projectiles as well as the ability to hack in doors to get them open in places like Kazakh City.