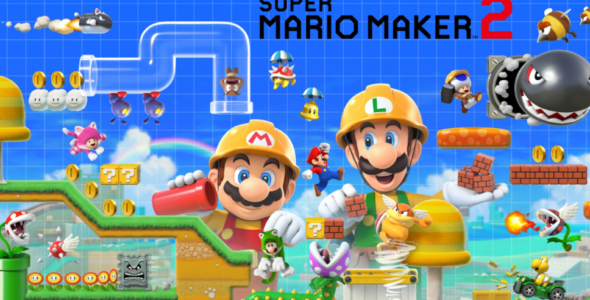 Nintendo featured Super Mario Maker 2 during its first day of Nintendo Treehouse at E3 2019. During the stream, Nintendo’s senior producer Takashi Tezuka was a guest and while he was there he gave new details on the game.

Takahi Tezuka confirmed the Super Maker Mario 2 will receive a post-launch update that will allow players to play online with their friends.

Mr. Tezuka has confirmed that the ability to play online multiplayer with friends is coming to #SuperMarioMaker2 in a future update. Stay tuned for more information to come. https://t.co/oxGuEcJ8Om pic.twitter.com/1AfK1vEGIe

Originally the game wouldn’t let you play with your friends and Nintendo got a lot of complaints from the community. Especially since this isn’t the first time that Nintendo had made decisions like this for their online games like Splatoon 2.

Stay tuned to GaminRealm for all your gaming needs.