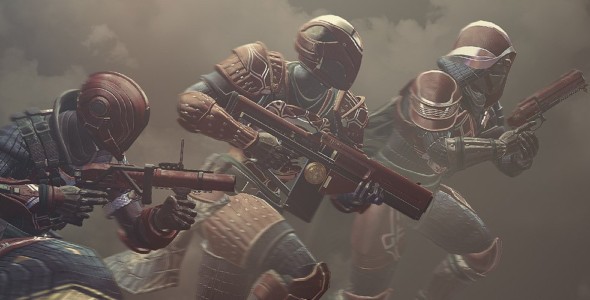 Every week Bungie releases a blog post that they call This Week at Bungie. And this latest post has the Destiny community outraged. The reason for this outrage comes from Bungie announcing that for the next part of DLC, which will be season 7 aka Season of Opulence, there will be many sandbox changes when the next season starts on June 4th. While they haven’t detailed every change that will occur with the update, they did list some that will be the most impactful.

Many of the community’s favorite exotic weapons and armors are getting major nerfs. The reason they explained was because of balancing issues and wanting to keep the game more challenging. These exotics can definitely tilt the favor to the player and their fireteam. Being that this next season introduces a new raid and a 6 player matchmaking activity, Bungie wants to balance the game and make these changes for the first time.

The exotic armors that Bungie is planning to nerf are all exotics that returns the players super energy when certain supers are activated. The community is outraged because other exotic armor pieces just don’t have the same impact as the super energy returning ones, especially during PvE activities. Some of these exotics, Shards of Galanor and Ursa Furiosa, has been nerfed already in the past. So Bungie will now nerf again.

Personally, I can understand some of the communities’ frustration with the nerfs especially when some of the weapons and armor require some work to receive. Specifically, after Bungie has previously announced a month ago that they were nerfing pinnacle weapons Luna’s Howl and Not Forgotten. The community is pretty uneasy at the time and now are saying things like “Season of Nerf” or “Nerf the Game”. Some are expecting the new exotic weapon Outbreak Perfected to get a nerf in the future as well.

I also understand Bungie’s viewpoint as well. They want to have a balanced game and not have players abusing the same weapons and exotics. I am looking forward to seeing how these sandbox changes will affect the game come June 4th, and if Bungie will buff some of the lesser used exotics so that players don’t have to go to the “must-have” exotics.