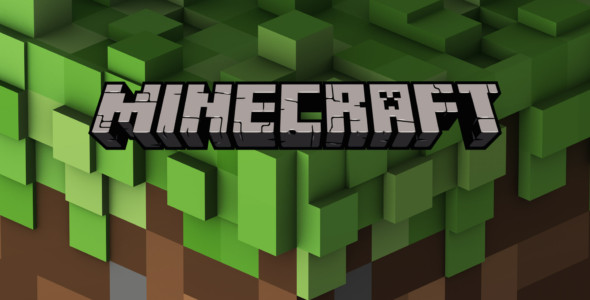 Very few games in recent memory have come remotely close to the popularity and longevity of Minecraft. One could make a strong case for World of Warcraft and League of Legends, but in terms of cultural and cross-generational impact there have been few (if any) games quite as successful as the Mojang behemoth.

With the original release almost 5 years old, the game is continuing to progress and adapt. At the heart of Minecraft’s popularity has been the user generated content, with countless mods and skins released through the community over the years. This aspect, combined with the collaborative online aspects of the game, has added incredible variety and longevity into what is, at its core, a fairly simple game.

We appear to be on the cusp of the next real transition in the Minecraft lifecycle – Virtual Reality. With the launch of the Oculus Rift, HTC Vive, Samsung Gear VR, Playstation VR and the various other third party VR headsets, VR gaming looks set to be the focal point of the next couple of years. Minecraft, unsurprisingly, already has a few VR-compatible versions out there already.

The initial versions of Minecraft in VR arrived through the modding community, with support for the Oculus added fairly early on via Minecrift. At present, it’s the best way of playing the original PC version of the game online and using mods. You just need the Oculus, a decent Minecraft server and a little technical know-how to get it running.

The game is also playable on PC with the HTC Vive, and it arguably offers an even more engrossing experience than the Oculus. The use of the Vive controllers is outstanding, and offers real variation on the standard ‘headset and gamepad’ experience offered my most VR devices.

The issue with both the Oculus and the Vive is the cost, which is fairly prohibitive – particularly for the younger demographic which makes up the majority of the Minecraft user base. The launch of the Samsung Gear VR helps address this issue somewhat, with a comparatively inexpensive headset lowering the barrier to entry. But to run the game you still need the right phone, and it’s only the Pocket Edition of the game so there’s no real way of enjoying the various mods available.

Official support for the Oculus should be live in the near future, so it should be interesting to see how it performs compared with the unofficial modded version. The next potentially groundbreaking development could be through augmented reality (AR), which was showcased last year on the Microsoft HoloLens.

While there haven’t been many updates on this version of the game in recent months, the potential for it to offer a truly unique gaming experience is certainly out there. One would imagine that the potential success of AR gaming will depend on how will this generation of VR devices perform commercially, but there’s plenty of scope for the technology to be the future of gaming. You only need to look at the success of Pokémon Go to see that people are more than willing to play AR games is the expertise is fun and unique.

The future of the game beyond VR/AR is potentially an interesting one. Microsoft paid an absolute fortune to buy the developer of the game, so they’ll be looking to get back their investment in as many ways as they can. There are already numerous toys and figures out there, and with the Minecraft Movie expected within the next few years it’s safe to say the brand isn’t going anywhere soon.

It’s highly unlikely that there will be a sequel in the near future either. The developers have been left to continue making gradual changes and improvements to the original, and have largely been successful in doing so. Many people think that Microsoft will look to transition players to the Pocket Edition/Windows 10 version of the game. There’s a lot of good in that approach, with things like cross-platform play included, but it also risks losing most of what makes the game special.

The PE doesn’t allow user-made mod packs the way the original does, and it’s very much a part of the game which has helped make it so successful. If they lose that part of the game they risk alienating a large portion of the user base, which could spell disaster for the franchise.

There’s a lot to be excited about in the world of Minecraft, but the next couple of years will be crucial. If Microsoft makes the right moves with the franchise, we could be crafting for a long time to come.