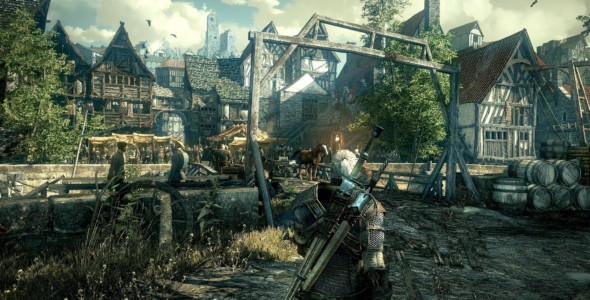 One of the biggest letdowns of gaming for me has been the huge focus on DLC over the last generation heading into this one. It is not that I disagree with added content, adding more to a game is a great way to add to the longevity of the experience. My problem is when things are added as paid DLC, when they should have been in the game all along. Luckily the developer of the highly anticipated The Witcher 3: Wild Hunt, is looking to go against the grain and deliver gamers a complete game along with 16 free expansions.

In an interview with IGN, CD Projekt Red co-founder and joint CEO Macrin Iwinski gave a reason as to why the expansions would be free “Because people just paid full price for our game. We owe them.”

“We owe them” really stands out to me because lately I haven’t really felt like Publishers have had this type of mentality. It is refreshing to read a CEO behind a such a big title, come out and say that. Iwinski did clarify that the 16 free expansions are not going to be massive, saying:

“We, as gamers, would like to be treated this way, ‘Hey, give me free DLC.’ It doesn’t have to be something huge. And I’m saying we aren’t giving out huge stuff, we aren’t giving tens of hours of storyline here; we are giving small bits of pieces that don’t cost a lot. And I think people would feel better about our game, and so, they will enjoy the adventure even more.”

Even if they aren’t large, it is still better than charging money for them. While I was already sold on the game, Iwinski has really made me want to support the game even more:

“As CD Projekt Red, we strongly believe this is not the way it should work and, with The Witcher 3: Wild Hunt, we have decided to do it differently. This is our way of saying thank you for buying our game.”

The Witcher 3 will be available on May 19 on PS4, XBox One, and PC. I am really looking forward to it.