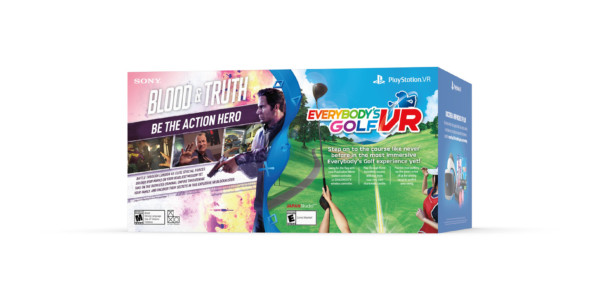 Step inside an relaxing family/friend competition with Everybody’s Golf using motion controls and view the environment with your own eyes. Enjoy a action packed story trying to rid the streets of London from crime, while saving your family in Blood & Truth. during the same time as Blood & Truth.

Trover saves the universe is a save the world comedy made by the co creator of Rick and Morty, where your dogs are missing and the future of the world is at risk. It’s up to you to save the galaxy. Five Nights At Freddy’s is back with creepy and terrifying robotic animals and thrills packed into a horrific experience. This bundle includes.


Your next favorite golf experience along with your next action packed adventure in Blood & Truth and Everybody’s Golf releases on May 28th. Priced at $349.99 in the U.S. and $449.99 for Canada.
Whether you’re a horror fiend or enjoy a good comedy adventure, Five Nights at Freddy’s and Trover Saves The Universe VR bundle releases on May 31st. Priced at $299.99 in the U.S. and $379.99 in Canada.

Let us know what VR games you’re excited for in the comments below!

Be sure to stop by gaminrealm.com for future updates on all things gaming.