Ubisoft just finished their conference, hosted by Aisha Tyler, and the hour long conference was filled with shooters, a dog, and dancing. That’s right, it’s one of those.

The conference started with the first footage of Far Cry 4. This video showed the first five minutes of the game, in which the main protagonist is on a bus to the Himalayas. As you would expect, things go wrong pretty fast. 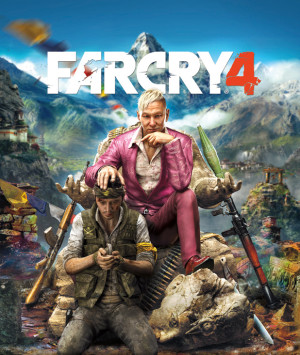 After that intense opening, they turned the hype down a bit with the announcement of Just Dance 2015. They showed a trailer for that game showcasing how the player can put themselves on the screen. They also revealed a new mobile app called, Just Dance Now. This app allows Just Dance fans to dance with as many people as they want, all through their smart phone. They even did a dance number to showcase this mobile app which was…interesting I suppose.

After all of that “fun” and dancing, they went to something a bit darker. We got a cinematic trailer for Tom Clancy’s The Division. 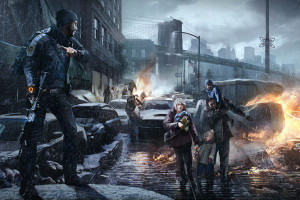 We also got a look at the racing MMO, The Crew. The Crew is an open world driving game where players can travel cross-country across the United States. The trailer shown showcased a road trip from the east coast to the west coast. 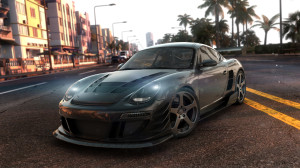 The Crew Coast to Coast Trailer

Then, we got some more footage of Assassin’s Creed Unity, set to release October 28.

Once again, we cut back to a motion controlled game. This time, it was a fitness game called, Shape Up. Shape Up features a variety of different challenges to get people in up and moving. The games showcased were a rhythm game called, Piano Step, and a push up game called, Push Them Up.

Push Them Up Gameplay

A new title called, Valiant Hearts: The Great War was then announced with an emotional trailer. It is a game based on World War I, and is being made by the people who brought us Child of Light, and Rayman Legends. It will follow the story of four war heroes, and their dog companion.

And finally, we got surprise gameplay footage for the newest Rainbow Six installment titled, Rainbow Six Siege, in which players work to save a hostage from a group of criminals.

All in all, it wasn’t a very exciting conference in my opinion. They spent way too much time on Just Dance and Shape Up. Ccompanies need to understand that hardcore gamers do not care about those kinds of games and the people who watch E3 are primarily hardcore gamers. Don’t even get me started on that dance number. We’ve already seen enough of Assassin’s Creed Unity and The Division. The only game that was a nice treat for me was Valiant Hearts: The Great War. I’m sure some people are interested in The Crew, it just isn’t really my thing, but what I  really don’t understand is the hype for the new Rainbow Six. I know people are excited for the series to return, but to me it just looked like a generic shooter that does nothing of particular interest.

I’m questioning whether or not third parties should even get full on press conferences. They’re typically aren’t enough big surprises. I think maybe the press conferences should be left to the big 3 (assuming Nintendo will ever return to the stage).

Those are just my thoughts. What did you like or dislike about it? Which game has you most excited?

Be sure to keep up with GaminRealm for more E3 updates. Sony’s conference begins at 6 P.M. PST.