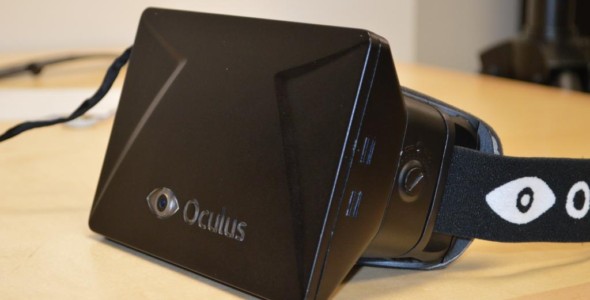 At this year’s E3, Shigeru Miyamoto had a chance to try out the Oculus Rift. However, Nintendo of America president, Reggie Fils-Aime isn’t 100 % on board with virtual reality…at least not yet.

“For us, it’s all about fun gameplay,”

“That’s what we want. We want a fun, compelling experience. Right now, the technology isn’t quite there yet, in our view.”

“Certainly, it’s something we’re looking at,”

“We look at a wide range of technologies. When it’s there and enables a fun experience, we’ll be there, too.”

So it doesn’t sound like Nintendo is against virtual reality, they just feel like it isn’t time right now. I can’t say I disagree with them on this one. I think virtual reality still has a bit more development to go until it’s fully ready to become somewhat of a standard in the industry. I do think however, that the time for virtual reality is going to come sooner than people may think. With more and more developers hopping on board with the Oculus, and with the addition of Playstation’s Morpheus, virtual reality seems to be right on the horizon.