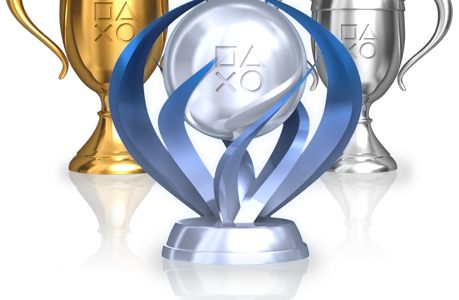 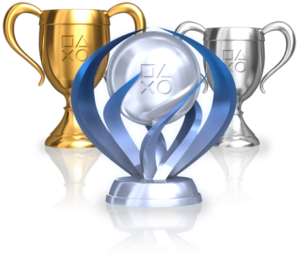 Trophies have pushed me to a new level of satisfaction in gaming since 2008, due to me never having the original Xbox that started the trend in 2005. I remember it like yesterday, when I use to borrow friend’s games and would eventually get tired of playing it and would swap it out with another title. It was until the last straw was picked with a shortage of games to borrow and I had no choice but to complete the one in my possession, to one hundred percent. I had no idea what that meant at the time for a various amount of reasons, including, not having ever completing a title’s specific requirements to have trophies go off, and not properly understanding what triggered the trophy system. I found it as an adventure to discover it by myself, without any aid, and completed Uncharted: Drake’s Fortune to one hundred percent completion. It took four play throughs, I believe, but afterwords Uncharted had become one of my favorite series in Video Games.

My question to you is what motivates you to one hundred percent complete a Video Game? Is the gratification of doing something right in a game after seeing one prompt in the upper right hand corner (PlayStation) or bottom center (Xbox) encourage you to press onward? I’m still waiting for Nintendo to join the achievement/trophy system because there are quite a few upcoming games that I’d love to see something creative that Nintendo could implement. For some, I think it comes down to a virtual trophy case of all their biggest challenges represented on their phone app/T.V. screen. I am one of the individuals who just enjoys a challenge and likes to complete video games that I like. Stories that give me a great new perspective deserves to have the Platinum Trophy next to the game’s completion meter, to show appreciation to the developer’s hard work and time into making a wonderful experience for me.

What incentive does a game bring to you to want to see it through to the end? Let us know in the comments below.