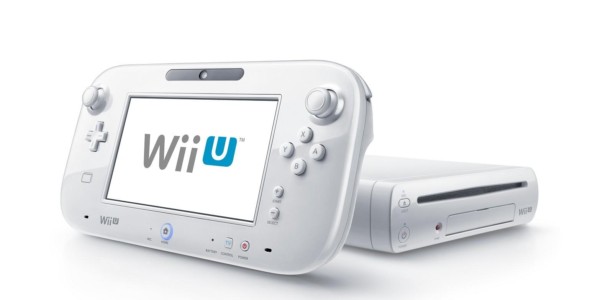 Still doubting the power of the Wii U?

It’s no secret that the Wii U and Nintendo have been consistently under-fire regarding the power of the system. I have seen countless and countless of ridiculous statements such as “It’s the Wii all over again” and “the Wii U is a last-generation system”. These notions, along with many others, were always silly to begin with and stemmed from nothing more than inflammatory fanboy logic, but after E3 2013 and seeing what Nintendo has to offer, now they are blatantly illogical.

Everyone’s initial reasons for claiming the Wii U was an under-powered system was the launch games themselves. Games such as Nintendo Land, New Super Mario Bros. U, and ZombiU, only ran in 720p resolution, with the latter two games being the most prominent examples. Some of the multiplats on Wii U under-performed in some areas versus their 360 and PS3 counterparts as well, but I will get to those games in a second here. But to address Nintendo Land first, the game was a pack-in title; I doubt ANY company would spend the extra time and money to make a pack-in game utilize the full power of their system at launch (although the game still exhibited some of the best cartoon-style graphics on the market, with some impressive draw distance as well). Regarding New Super Mario Bros. U………well, why would anyone expect that game to showcase the Wii U’s power? And would it have even been worth Nintendo’s time to make the game 1080p? Would it really have made the game look any better at all? I doubt it. 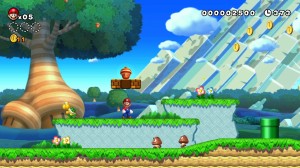 Now when I explain ZombiU to other gamers I’m debating with, this is where I lose them and I am accused for “damage controlling”, a term that means nothing if all you’re using is facts. Ubisoft has stated themselves that graphics were a non-factor for the team when they were developing the game. In an interview with Florent SacréOur, the co-creative director and art director of ZomiU, he stated that ” Our main concern was not to showcase what the console can do in terms of graphics, but to create a compelling, original and coherent universe that serves our vision of survival in a zombie apocalypse.” In another statement from Ubisoft, the company said, “…..because as we’ve always said when there is such an innovation the need is not to have big production value but to concentrate on the innovation, this is what we are trying on Rayman and ZombieU.”

It is true that some Wii U multiplats under-performed compared to their last-generation counterparts, but at the same time, there were ports that ran better  on the Wii U as well. But of course, these ports were ignored, such as Trine 2 (which FrozenByte claimed would have to be downscaled to be on the last-gen systems), Ninja Gaiden Razor’s Edge, and Need For Speed Most Wanted U which used the PC version’s textures. DE: Human Revolution is also slated to be the superior version as well, according to Eidos. These ports are essentially living proof that the other ports that weren’t up to snuff and were simply lazily thrown together. Not much else needs to be said regarding this particular topic.

But enough about these past games, let’s get to the games shown at E3. Lo-and-behold, the Wii U can out-put some beautiful looking games. Monolith Soft’s Project ‘X’ is in-my-opinion, the most visually impressive game shown considering the scale of the game. It undoubtedly looks better than any other open-world RPG from the previous gen. But wait, there’s more. Mario Kart 8, Bayonetta 2, and Super Smash Bros. 4 have all been confirmed to be running in 1080p and 60 frames-per-second. Now all of the sudden you don’t here naysayers speaking about resolution. Turns out that games that come out later in a console’s life cycle look and run better than launch window games, who would’ve thought? New Super Mario Bros. U only running in 720p obviously didn’t mean the system was incapable of achieving a higher resolution, but that is actually what some people thought. 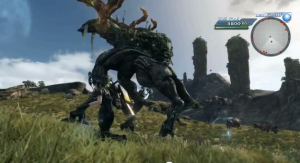 The whole “Wii situation all over again” notion has virtually been debunked at this point, as nobody in their right mind ever compared the Wii’s graphics to the HD twins’ to prove it was a stronger system than the original Xbox. Not to mention that the Wii was not even an HD system to begin with, meaning the gap between it and PS3 and 360 was guaranteed to be pretty wide in the first place. But with the leap between this generation and the next, we’re not doing any format jump. We’re going from HD to HD, automatically making the gap smaller than what it was with the Wii.

Sure the Wii U isn’t close to the raw power of the PS4 and Xbox One, but it doesn’t need to be in order to be classified as a next-gen system or show some pretty-looking games. There has to be a weakest console,  a lowest-common denominator. The Dreamcast was a true 6th-generation system, despite being  much more weaker than the other consoles of that time. Honestly, after seeing the likes of Mario Kart 8, Bayonetta 2, Smash Bros, and Monolith’s ‘X’ (all of which are going to look even better by the time they launch), can one sit there and say these games are not visually appealing? Of course they don’t look as good as some of the PS4/X1 games we’ve seen so far, but they look damn pretty regardless and that’s pretty much all that matters. The hardware doesn’t have to be on-par as the competitions’ specs as long as the graphical standard is above what we had from the previous generation by a pretty good margin, and this is an important concept that many fail to realize.

Yes, I am a Nintendo fan, but I’m one that doesn’t mind critiquing them when they need to be criticized. So when I say the Wii U’s hardware is fine, I mean that. I think it’s totally a competent machine that can and will produce some very beautiful games, especially with Nintendo’s mastery of their own hardware and the gorgeous art-styles that they use in some of their franchises.

What do you think? Are you happy with the graphical capabilities you saw from Nintendo’s E3 2013 games? Let us know down below.

25 thoughts on “Why the Wii U is Powerful Enough”