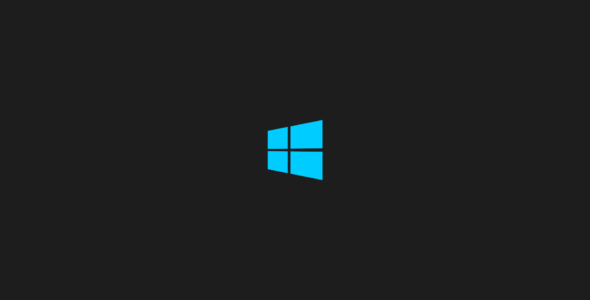 The Windows 8 operating system has been out a while now. It’s reaching about a year now and its been through a lot of trials and tribulations but only because people are reluctant to change. There are very few disadvantages to Windows 8. I’m really writing this article to open the minds of those who don’t want to give 8 a chance. So sit back and get ready to have your mind blown by Windows 8.

I’m not really reviewing Windows RT but I’m including it in the article to shed some light on what it is. Even though Windows 8 is featured on many tablets, the OS on a tablet gives you the feel of a portable PC, and not to stop there. Windows 8 tablets are full blown computers without the optical drives, and some don’t feature USB ports. A lot of laptops now are also getting rid of optical drives but that is beyond the point of this article. Windows RT is exclusive to the windows web store, so if your not getting it from the web store, just like the iPad and any android tablet you can’t use what your downloading, because the OS won’t read the file. Most likely an Executable file, RT devices can’t read these, but Windows 8 devices can. So the difference is Windows 8 devices are computers that can run software like you could on Windows 7. RT devices can only run web store apps.

Why You Hear So Many Bad Things

Windows 8 has been a target of hate since its release, most people bashing the fact that they got rid of the start button and replaced it with the start screen. “I don’t need Windows 8, I don’t want a Touch-Pc, I just want Windows 7.” First of all good luck finding a Windows 7 Pc being sold in retail stores and second 8 works perfectly with None-Touch Pc’s. “I want a Pc not a tablet.” Come on people, the start screen was designed for touch-screen but it doesn’t make it any less of a computer. It actually adds great features that I will be getting to soon.

All touch does is cut the steps of everything you do by half. Instead of taking your cursor to the top right hand corner, you slide your finger in from the right of the screen to bring up the charms. Yes it was designed for touch but it doesn’t make a non-touch Pc any less viable. I own a non-touch 8 Pc and I love it. It works to perfection and I have never had a single problem with it. I will also say that if you can grab a touch Pc, GRAB IT. Especially convertible pc’s that convert into tablets, there is a level of productivity you can reach with a convertible it is unbelievable. I am currently writing this article on the Lenovo Yoga provided by Microsoft. I feel the need to be productive nearly every second of my life now. From doing research while in tablet form, to writing on the touch screen, and even exploring the possibilities of SPACE EXPLORATION. Space.com, go check it out. Windows 8 on a touch screen gives you a whole new level of interaction with your Pc. Not everyone needs it nor wants it but I highly recommend it. Found a cool website you want to show someone? Holding it in laptop form is awkward, flip it into tablet form, now it feels natural and responsive. Without having to carefully click a certain area of the screen, just touch the screen, fast and fluid.

Back in the olden days these where the steps you took to email someone a cool article, video, or picture.

That was 5 steps, might as well run the 100 meter dash. We are all used to this method but come-on, lets cut it by half at least. These are the steps you would take on Windows 8,

Sure it’s 3 steps vs. 5, not a HUGE DIFFERENCE. Yes it is, as I’m testing it now, it takes me a good minute to do the first 5 steps, it takes 3 seconds to pop up your Share Charm while on a website.

With a Microsoft Account, all your personalization, contacts, email, pictures, apps, wallpaper, tile placement and sizes are backed up. So if you buy a new Windows 8 Pc that Pc will come to life with your old stuff. If you dropped or if a mad girlfriend tossed your Pc out the window, buy a new Windows 8 Pc and again watch it come to life with who you are. This feature is so powerful your new Pc’s CURSOR will be located in the same spot you left it when you broke your Pc.

Apart from your traditional programs you also have the choice of downloading web store apps usually only available on tablets. This gives simplicity to certain aspects of your Pc. Instead of logging into your Netflix account or opening your browser each time you want to access Netflix, all you have to do is download the app and launch from start screen. Things like this makes it easier and faster to get to where you want to get without the hassle of launching your browser each time. The same applies to your email, facebook, Skype, and all your social networks.

This is a small but beautiful feature. Before if you wanted to stop a file transfer because maybe you needed to do something else, you would have to abort the process and restart it later. On Windows 8 you can pause file transfers, that way if it was a large transfer and you don’t want to completely restart all you have to do is pause the transfer and resume it later.

One of the coolest new apps on Windows 8 and RT, the ability to control your media on your Xbox from the couch and even extend your gaming experience. Mini map too small? Smart Glass will put the mini map on your tablet or pc that way you have an edge above your enemies. Browse the web using smart glass also, the feature is really powerful.

Just like on previous Windows PC’s there was always different levels of feature you would get depending on what version you have, but it was a mess before. Vista had 4 different versions and so did Windows 7. Windows 8 only has two versions, and there isn’t a ridiculous 400 dollar price on any of them.

With Windows 8 Pro you have things like Bit Locker to protect your date and information, you can create a remote access connection to another PC to access it while your not there or even if you just want to see what your kids are doing. It also allows you to connect to your work domain and private corporate servers, that way when your not at work you can see what’s going on

Windows 8 has a price tag of $119.99, while the Pro version is at $199.99. A lot of the features provided by Pro would only come in handy to business owners or business people in general.

Windows 8 has an onslaught of new features, that’s what we all need, new features. When a new OS comes out it needs to prove itself with new features and on top of that it needs to run smooth and not be very cluttered with bugs. I haven’t come across a single problem with Windows 8, all of it is good. Everything about the OS is pure perfection. Again people need to stop crying and give the OS a real chance to prove itself. People need to stop writing it off, when they see and start using its features they will not be able to go back.

UPDATE: If you are a Developer, this review doesn’t apply to you. Developing for the Windows Store is a tricky road full of holes you could fall into. Simple, don’t buy Windows 8 if that is the case. For everyone else, this is a nice addition to the Windows family.