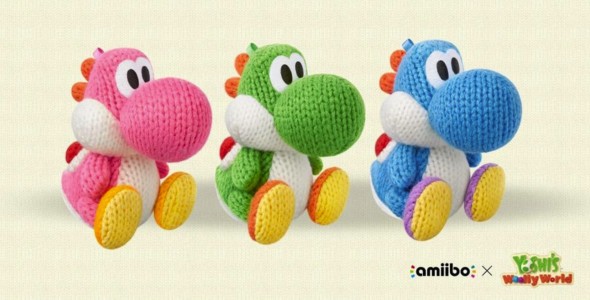 Nintendo is going to be releasing a new line of amiibos for the upcoming Wii U game Yoshi’s Wooly World. Instead of being made of plastic like amiibos all have been so far, these Yoshi amiibos will be made of yarn. If you think this sounds like the most adorable idea of all time, it pretty much is.

If you scan in the yarn Yoshi amiibo while playing Woolly World, you’ll get a second companion Yoshi character, even if you’re playing in single-player mode. There will be 3 colors of yarn Yoshi:  green, pink, and blue. These amiibo and the game will be coming in the second half of 2015.