The Wii U is currently on a path of recover, which is mostly in-part due to the September 20th price drop that happened earlier this Fall.  Nintendo has miraculously managed to actually get the system moving in Europe and even Japan, which prior to this season was an extremely difficult task for the company.

But it’s going to take more than one successful holiday season to consider the system officially in the clear.  As we saw with the first 45 days of the Wii U’s life, the system sold extremely well. But once 2013 rolled around, it sunk faster than Rosie O’Donnel in a swimming pool. So no system is ever automatically set to succeed all because it has isolated moments of glory.

Luckily, there’s one very important difference though between the majority of 2013 and the entirety of 2014,and that’s the fact that 2014 actually has games lined-up for it, and a ton of them. 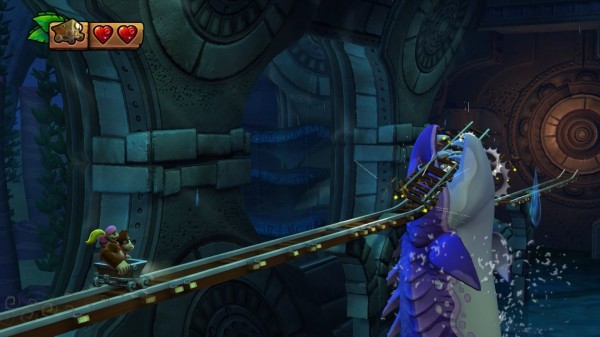 I was one of the many Nintendo fans disappointed that Retro’s secret Wii U game was a sequel to 2010’s Donkey Kong Country Returns on the Wii. It’s not that DK is a shunned franchise by any means; it’s just that we would have preferred Retro’s game to be something that could showcase what the talented studio could do with an HD next-generation system, whether it was Metroid or with a new IP.

All that aside though, one thing is for sure: The game will help provide Wii U owners with something to play during the beginning of the new year. Previous to it’s delay, there were no big Wii U titles slated for the January-February period. And hopefully, the 6 million people who bought the first game on Wii will be further tempted to purchase the system for another Donkey Kong experience.

And of course, the game will be more platforming goodness.

We all know the deal here – it’s Mario Kart. We don’t have to question whether or not this game will sell tons or will move what will literally be millions of units. But besides being a system seller juggernaut, another important aspect of Mario Kart 8 is the fact that it will be the first premiere online Nintendo experience, not counting Wii Sports Club. Nintendo gamers will finally be able to experience a next-generation online Nintendo experience together, and this will be the game that shows what the Nintendo Network can do. Iwata has already confirmed that players will be able to record races through the upcoming Mario Kart Channel and actually upload them to Miiverse for others to see. Hopefully Nintendo incorporates features  such as this into future titles (Smash Bros. please?). 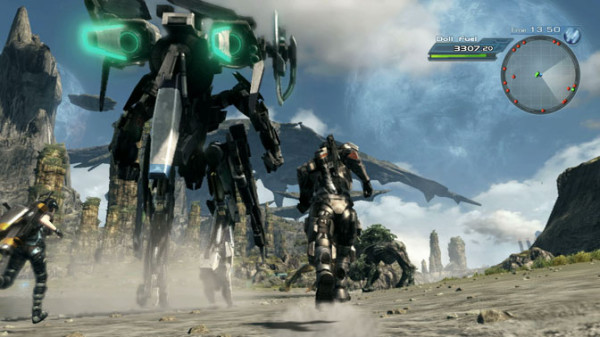 Unfortunately, we don’t know a lot about Monolith Soft’s brand new game (titled ‘X’). But what we do know is that it’s going to be one epic hell-of-a ride. If you’ve played Xenoblade Chronicles for the Wii, then you know exactly what to expect from X. Xenoblade was arguably the best JRPG from last generation, and for good reasons. An amusing set of characters, epic story, beautiful art design, and a deep, customizable battle system all are part of what made the game the masterpiece it is. The scale seems even bigger than before and this time around, there’s badass, transforming, flying mechs.

In-addition, there seems to be online co-op multiplayer this time around as well judging from the two trailers of the game shown, but nothing has been officially confirmed thus far. ‘X’ should mark the very first JRPG on Wii U and looks to be a pinnacle of what the system can currently do graphically. 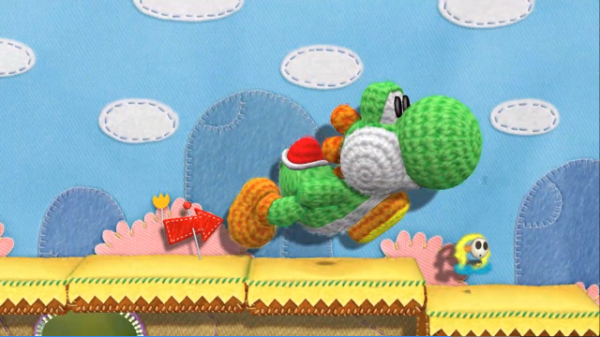 Yoshi’s Yarn isn’t a big-hitter by any means, but it will be a great game for kiddos and old-school Nintendo fans alike. The game has received absolutely zero attention since it’s reveal back in the January 2013 Nintendo Direct. Despite this, the game is still scheduled for a 2014 release as of right now. Hopefully more information will be given on the title early next year. 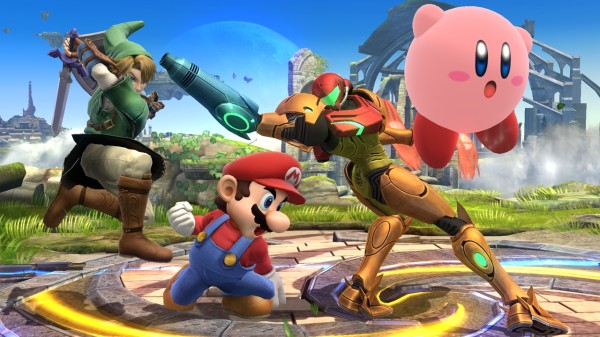 It’s always a huge deal when a new Smash Bros. game is coming out. Few exclusive games can match the hype and anticipation that surrounds the series. Who doesn’t like a game where you can battle it out with your favorite gaming icons? The franchise is so powerful, it has a whole entire culture behind it. Brawl, Melee, and even Smash 64 are still being heavily played till this day at tournaments around the world.  Super Smash Bros. Melee is even the 2nd highest-watched fighting game of all time (this happened during EVO earlier this year).

Smash Bros. is literally the only non-casual Nintendo franchise that can match or even surpass 3D Mario titles in sales.  With Mario Kart 8 releasing in the Spring and Smash following it shortly after (hopefully), Nintendo will be doing a 1-2 punch combination that will rack in crazy sales. 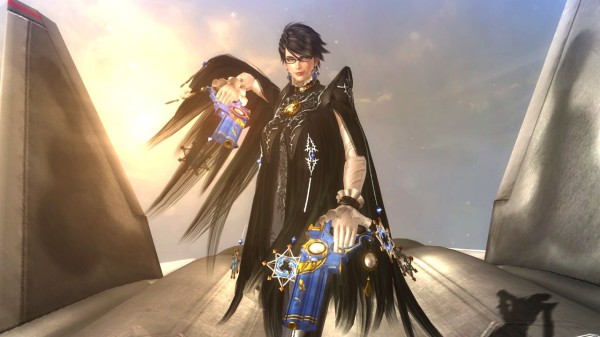 Undoubtedly the most surprising Wii U exclusive thus far, Bayonetta 2 will offer Wii U owners a edgy, high-octane action game that normally we wouldn’t get from Nintendo. The first Bayonetta scored extremely well with the critics, snagging a 90 average on Metacritic and also saw commercial success by selling a total 2 million units across the PS3 and 360. Bayonetta 2 will be a quality game looking at it’s predecessor, but the real question is whether or not the game will sell well. The Wonderful 101, which was Platinum’s first Wii U exclusive that launched this September, pretty much bombed in sales in all territories despite it being a quality title.

So to all of the Nintendo fans who want 3rd-party support and want to prove that “mature” games can sell on Nintendo systems, this will be a perfect opportunity to do so. When Bayonetta 2 launches, it’ll be time to put-up or shut-up. 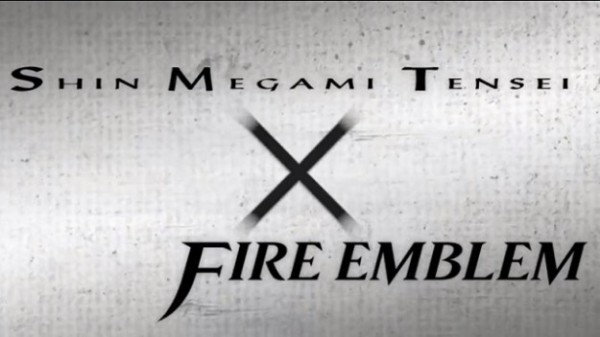 Just like Yoshi’s Yarn, Shin Megami Tensei x Fire Emblem was announced back in the January Direct earlier this year but since then has had absolutely no information shed on it. Due to this fact, one may wonder why I’m including this game on this list, arguing that we don’t know if it will be a quality game or not. But I assure you it will be. Why, you ask? Because of the two teams developing this title: Intelligent Systems and Atlus. Both developers are extremely talented and have virtually flawless track records when it comes to quality games. And that’s to go without saying that this game will be fusing arguably 2 of the best niche RPG franchises today. Both the Fire Emblem and SMT series are amazing IP’s loved and adored by many RPG enthusiasts around the world. It will definitely be interesting to see how this game will turn out. 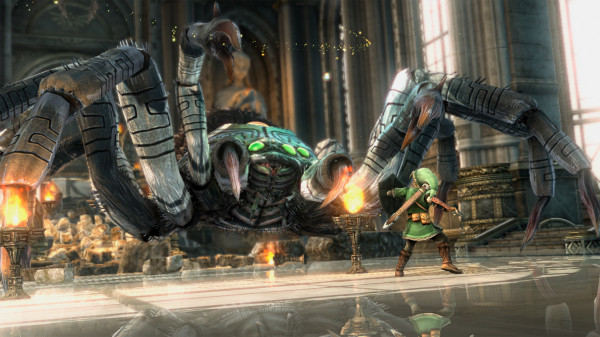 I’m sure a lot of you didn’t expect me to put Zelda U on this list, but it’s on here for good reason. Now, I’ll firstly admit that this is all assumption and guesswork (there is a question mark next to 2014 after all), but I just have a gut feeling that we may actually be getting our hands on the Wii U’s Zelda title next year.

Miyamoto stated earlier this year while talking to GameInformer that Nintendo was very close to revealing the next big Zelda title, but decided against it at the last minute. Eiji Aonuma also confirmed last month that Zelda Wii U will be finally unveiled at E3 2014. Also, now that Windwaker HD is completed, the team working on that game has now joined the Zelda U team. With all of these factors taken into account, basically what I am saying is that Zelda U may be further along in development than we think. The fact that Nintendo felt that the game was essentially in a show-able state during June earlier this year means that we could very well expect the game sooner than we previously thought.

Now of course, this is Nintendo, so delays are always a likely possibility considering the company is the king of pushed-back dates. So don’t think I am saying that the title will release next year for-sure – all I am saying is that it’s a possibility.

If Nintendo managed to push out a Mario Kart, Smash Bros. and Zelda out in the same year, we’d probably witness the greatest surge of a single consoles sales in gaming history. And that’s along with all the other titles like X and SMT x Fire Emblem, which would undoubtedly skyrocket the sales in Japan. The most exciting aspect about all of this though is that all the games I have listed here were announced this year, meaning that in 2014 there will be even more games announced and released in the same year for Wii U.

Nintendo, you have all the games you need now. Next year you have to really wing it to bring the Wii U to a state where it can be called a worthy Wii successor. Have very ambitious marketing campaigns, add more capabilities to the system that will accommodate the overall gaming experience on the system, and keep hype momentum for these games going throughout the year. These steps will ensure an insanely impressive year for the Wii U and prevent the system from being overshadowed by the PS4 and Xbox One.

2014 will be your year to lose Nintendo – it’s time to shine and show your war chest.

Which 2014 titles are you most excited for? Will Nintendo officially turn things around next year? Let us know what you think down below.