(The bulk of this article mainly focuses on why I’ve been a console gamer in the past for so long even though I’m going PC in 2014.)

I’m not here to tell you what you should get. We all know that in the end it all comes down to what you want personally out of the four choices.Even though this is about my choice on how I choose to game, I’m totally cool with anyone choice on whatever gaming machine about…just don’t be a dick about it. The three new consoles are out Xbox One, PlayStation4, and Wii U. But often I hear my fellow gamers telling me to ditch the console this generation and go PC. The thing is though choices are already set for Wii U and PC to start 2014, a gaming laptop. I’m torn between an Alienware laptop and an Asus laptop. My place is kinda small  and cluttered so I can’t get a desktop. But with that said if you’d ask me which I would prefer to be my major gaming machine of choice, It would be what it has always been my whole life: Consoles.

Again, before you jump onto the comments spew bile at me, please take into consideration the idea of going back to kindergarten and learning how to read and understand English all over again because, I said I prefer consoles over PC’s. I didn’t say one was better than the other. PC’s are cool you can do anything on them besides game and I’ve been working towards getting one. I want one more than ever seeing as though I don’t want to be anywhere near the alternatives: 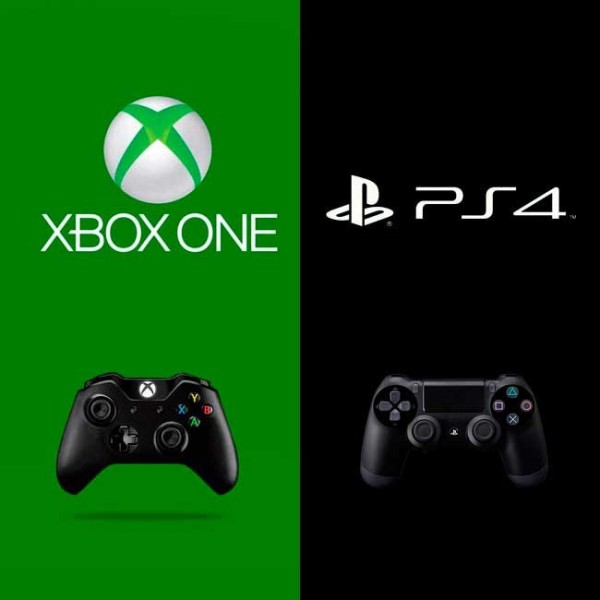 But with that said, I prefer consoles over PC for multiple reasons; I don’t have to tinker with the insides just to play AAA games that don’t interest me (Even though I know how to do so) I prefer the convenience of plug and play of consoles that way gaming isn’t a major hassle than it already is, I still enjoy local multiplayer, I don’t like being called a sucker for buying a console and a game and I would never even think of bashing any individual that prefers to play his/her games on PC exclusively. I’m well aware that with the release of the PS4/XBO the plug and play advantage is long gone because now you have to wait like 3 hours for the game to install to the console before playing it. Why?

I’ve always been a frugal kind of guy. Just by that sentence alone it can be concluded that PC gaming isn’t for me. Nothing turns me off to anything knowing that I would have to spend a massive haul for something knowing I can still experience it through cheaper means. It’s the same reason why I can never understand the thought process of spending upwards to say $250-$500 for a 20 year old game.

So I made a very small list consisting of my counter arguments on why I can never jump into PC gaming despite the fact I will be getting a gaming laptop early next year.

If you buy a PC of the price it would take you to buy an Xbox One. Then odds are good that it will not run the games that are on Xbox One or games that came out a year ago at least not without difficulty. On top of that you would have to spend even more money for the right motherboard, the correct video card, the correct sound card etc. adding up to nearly 1,000+ just to play games on it. Truth is the right way to do it would be to buy a multi-thousand dollar rig whether it’d be Laptop or Desktop to ensure practically flawless gaming action as soon as you get it. At least with a console in the past it still had a steep price but it was worth it because what you bought was ready to go. Customization is really cool and all but the thought of having to buy new parts and stuff makes my head hurt. 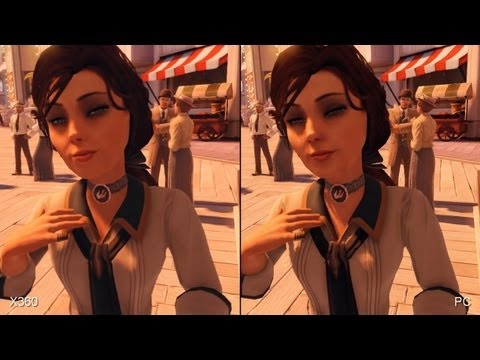 Yeah…..It Doesn’t Matter, I don’t see much of a difference.

Well, it’s may not seem like a logical reason but keep reading. I’m in the minority here when I say that graphics don’t make a game for me. Although I would never be caught dead with a graphically inferior game, I’m not about declare as game as “Game of the Year” like every moron on YouTube, IGN etc. Just by an admittedly gorgeous but ultimately misleading trailer. Because as Final Fantasy 13, The Conduit and now Ryse has shown us, (Possibly Iron fall for the 3DS) nobody is going to take a second look at your game if the game plays like ass. So when I hear “The graphics are much better” from the “Master Race” I’m apparently supposed to accept that as the games are better. Maybe, I went about this the wrong way, let’s try this again, besides a high resolution, what experience I can get from the PC version of say…Bioshock Infinite that I can’t get from my Xbox 360 version of it? It’s the same reason I don’t care about subs and dubs in Anime, it doesn’t ultimately matter because you’d still get the same basic experience either way: The story is the same, the characters are still there etc. And granted, the Steam version is cheaper than the console version, at the time of writing, I would still have to shell out a lot more money for a PC to play it on as opposed to just buying the 360 version.

Though I will fully agree and acknowledge that graphics wise PCs are untouchable, in the long run just like with the Xbox One and The PS4. I DON’T CARE ABOUT GRAPHICS POWER! I only care about the aspect of gaming that ultimately matters and an aspect that million will remember and that’s the games not the hardware.

I know that emulators/piracy is a major touchy subject and a lot of websites want to puss out and never even mention it. But here at GaminRealm.com we want to keep it real with you. We know emulator exists and we know there are people out there who play them for backing up games or stealing games. What about the games that are exclusive to consoles? Games that might never come to PC? About every person who has a PC (The people I know, anyway) all have a “counter-point” to this argument. “What’s the point of consoles?” “I’ll just get a PC and emulate all console games”

Besides the idea of supporting all developers for their hard work even EA. Besides the fact that if we don’t pay for games then the developers won’t get paid, their studio will go out of business, there will be people without jobs in the business and they will never make more games to follow-up the games you stole. That’s the point. But most of you knew that already. When they think they are smarter than you and me because they refuse to pay for games it incredibly infuriates me that I even know people like this who love the business but would rather not support it.

Emulation of current games at least since the Dreamcast (from my experience anyway) have been less than perfect. No matter how high end or state of the art your gaming rig is. Emulators aren’t perfect as they perform as well as the software that’s running it. Other gamers say that playing certain genres on keyboard and mouse will not replace the controller although you can play certain games with a controller. But the are a number of reasons why emulators from the 6th gen to now are not the greatest thing to ever walk the earth. For instance:

The sound is distorted on a lot of games making that garbled noise.
The frame rate is choppy even on newly released games.
Not all games work with them. Certain games will run with some kind of error. While certain games won’t run at all.
Emulators will always crash on a certain game for some reason.
Constant updates of the software just to play a game.
Not all emulator have online capability and just like with the running of certain games not all game work with it. I do know that you can play MAME online. Most people use it to play old 2D sports/fighters online.
No local multiplayer.

So it’s pretty much not worth the trouble because at least with consoles assuming you don’t have to load anything, the game will run perfectly as soon as you get it. And those are my three reasons. They may seem small and petty to most of you….but I don’t care.

6 thoughts on “3 Reasons Why I Prefer Consoles Over PC”