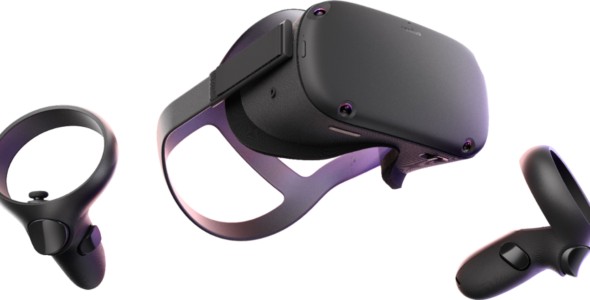 VR has been getting a lot of hype over the past few years and the technology has advanced leaps and bounds to provide gamers with more realistic experiences. Gaming headsets like the PlayStation VR, Oculus Go and HTC Vive Pro, among others, have revolutionized the way we play games on consoles, mobile, and PC. New games also constantly push the envelope to provide gamers with more immersive worlds and exciting gameplay. So, let’s explore 5 titles that really show what VR can do.

This psychological horror game from Insomniac Games casts the player into the icy wasteland of the Antarctic in search of the protagonist’s (Victor) fiancée Ava as you come up against fearsome monsters and watch Victor descend further and further into madness. While it may seem like an action-adventure game, Edge of Nowhere leads the player through combat, stealth, action and a small amount of exploration as their hand is held throughout most of the game. Despite its flaws, however, Edge of Nowhere makes excellent use of VR and extensive production values to create an exceptionally immersive environment. From the crunching of snow and the footprints you leave behind, to the first-person storytelling that makes you believe you are actually in a dire situation, the game is well deserving of its place among the best VR games.

Witness the full power of VR with CCP Games’ latest iteration of the EVE space combat franchise. Warzone is an updated version of 2016’s EVE: Valkyrie and includes more content and more ships. The game is a space-based dogfighting game that includes both multiplayer and now single-player game modes. PC Mag’s review of Warzone notes that EVE’s strong suit is its excellent visuals; ships feature exceptional detail and lasers light up brilliantly against the backdrop of deep space. While Warzone offers a little more depth than its predecessor, combat is designed to be less realistic and more visceral, showing off the level of immersion that VR can achieve.

Beat Games’ foray into the music and rhythm gaming genre is akin to arcade classics like Dance Dance Revolution and Guitar Hero. Having won no less than 9 awards last year, Beat Saber continues to remain the top-selling PS VR game this fall. The game equips players with two virtual light swords to slash blocks in various directions, avoid bombs and duck obstacles. As for the difficulty of the gameplay, HP’s article on the best virtual reality PC games points out that players need both sound beat-keeping as well as keen reaction times to slash through the levels. With all the ducking, dodging and beat slashing you’re not only playing an engaging and endlessly fun game but also getting a great workout.

A rare example of a title that made the transition from 2D to VR and became more popular in that incarnation, SUPERHOT Team’s Superhot VR has become so popular it has sold over 800,000 copies across platforms. Super addictive, this stylish first-person shooter makes excellent use of 360-degree tracking by having enemies flank you from all sides. The game’s unique element is that time only moves when you do, so you can live out your fantasies of being Neo or Max Payne, ducking and weaving in bullet time-like slow motion as you thrash around your living room, take aimed shots at your enemies and punch and disarm from all angles.

The sequel to Slightly Mad Studios’ realistic motorsports simulator, Project Cars 2 straps you into the driver’s seat for even more realistic racing action. Touted by VR Game Critic as the most beautiful and technically-advanced racing game out there, the game features 180 cars from dozens of brands rendered in beautiful detail. The game also recreated the realism of actual driving down to the last detail from breaking assistance systems to the virtual position of your hands on the wheel. For even more realism you can even disable the HUD as you barrel down the racetrack. Now, all you need are pedals and a steering wheel to complete the experience.
—