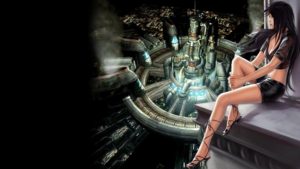 While it’s no surprise that a episodic remaster of Final Fantasy VII is being done from the ground up, the exact date of its release is still being speculated. I truly feel that there are many games that should also get the full remaster treatment that Final Fantasy VII is getting. Due to a large amount of games that were on my mind, I decided to limit my list to five games that NEED a remaster. My criteria of these games needing a remaster varies depending on the game. This list is in no particular order and is totally my opinion. 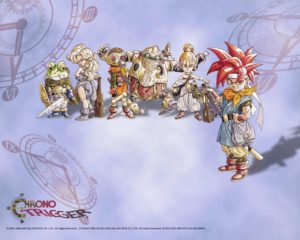 First up is Chrono Trigger that was made by Square and released on the Super Nintendo on March 11, 1995. This game could quite literally be the all-time greatest Role-Playing Game trendsetter for another twenty years. I first encountered this game when my brother played it on an emulator, and the first thing that attracted me was the original soundtrack that was created. The music that has a deep harmonious score and quality for a Super Nintendo title, is what I feel started my love for video game soundtracks. Characters themselves felt really well done and I always wondered how much more immersive Chrono Trigger would be if there was a, from the ground up, remake. Square Enix can definitely produce some amazing games and since Final Fantasy VII is in talks, Chrono Trigger could more than likely use the same engine. At this point, I’m sure if it was a money issue, crowd-funding or donations would immediately take place from fans and the production could start. 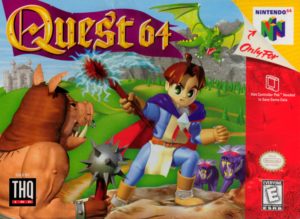 Quest 64 was released for the Nintendo 64 on June 1, 1998 and was made by Imagineer. This game is one that I’m currently working on completing as I collect Nintendo 64 games to my library. This game, in my opinion is very challenging and the battle system was hard to understand. I believe that it could be that I’m used to hearing voices now in games that is clouding my reading skills. With the limited memory and graphics that the Nintendo 64 contained, I feel that Quest 64 struggled in many areas that prevents the game from holding up as a classic in this day and age. However, Quest 64, in essence, is a game that I would really like to see on the Nintendo Switch or PlayStation 4. 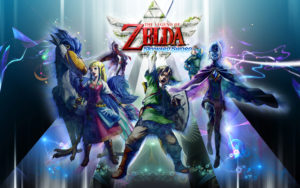 The Legend of Zelda Skyward Sword, where would a remaster wish list be if this title was not on the list? This Zelda title was made for the Nintendo Wii and was released in November of 2011. It’s only been eight years, but this game somehow eluded me for almost the same amount of time that I’ve been out of high school. This game requires you have a Wii Motion Plus Controller. Skyward Sword is literally the only console game that I have not completed. I have read rumors floating around the internet about the possibility of a Skyward Sword remake for the Switch, the fact if it will be a remake or a remaster is the question. Please Nintendo, bring us Skyward Sword. 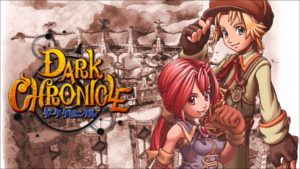 Dark Cloud 2 or Dark Chronicle in Japan, was released on February 2003 in the U.S. and made by Level-5. This game was my first game that I played by Level-5 and they instantly became one of my favorite development teams. Dark Cloud 2 had some the best soundtracks that I have ever heard in a video game. The quality of voice acting also was something I felt I did not deserve at the time for a Role-Playing Game. The main character, Max was voiced my Scott Menville, who was also the voice of Robin from the original Teen Titans cartoon. At this point in my gaming career, not once did I play a Role-Playing game that gave me so much freedom and ability. The battle mechanics are so fresh and unique. Each character has two weapons and have a multi-branch evolution tree that will change the weapon entirely from appearance to power and durability. This game is currently on the PlayStation Store for a decent price. If you have not yet played the Dark Cloud series, I highly suggest you do. I would like to see a Dark Cloud 3, but the possibility of that coming to fruition seems rather slim. 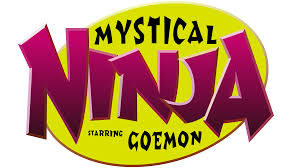 Mystical Ninja Starring Goemon is a platform action-adventure game released by Konami for the Nintendo 64 in April 16, 1998 in the U.S. This is also another title that I have in my beginner Nintendo 64 retro collection. There are some games that I have played on the Nintendo 64 that are borderline unplayable. The reason for this is that it is common to have loose joysticks or unresponsive buttons with the controller. Sometimes it is possible to order parts for replacing damaged or worn out Nintendo 64 pieces, but sometimes your controller could have stripped screws that make the process a nightmare. To add to the madness, if you have none of those issues, the memory card slot for the Nintendo 64 sometimes has trouble reading your memory card. So now we have to channel our inner 90’s babies latent ability and blow into the back of the memory card and the slot on the back of the controller, only to have the prompt on the screen state “your memory card is corrupted.” To fix all of these problems and bring an amazing game some much needed attention, I feel that Mystical Ninja Starring Goemon could definitely have a remaster or full remake on the Nintendo Switch or Steam. I would really enjoy seeing this game on a Next-Generation console.

Make sure you stay tuned to gaminrealm.com for more remaster discussions.