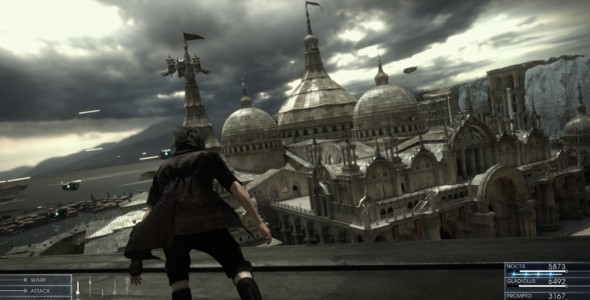 Final Fantasy XV director Hajime Tabata wants to have full-scale airships and airship exploration in the final game. However, he has stated that airships will be a huge technical challenge, and that their inclusion is yet to be determined. Due to the huge, fully connected world that Final Fantasy XV’s developers are striving for, airships for faster travel would be logical and very cool.

The developers of Final Fantasy XV have decided to get assistance from Avalanche Studios (the developers of Just Cause 3) to make the game’s gigantic world a reality. Tabata said a few things about the idea.

“We don’t have any knowhow when it comes to that, so during this year’s GDC we spoke with them [Avalanche Studios], and they also showed some interest in the technology behind Final Fantasy XV, so the talks continued from there.”

Tabata has also stated that he is unsure if they could get airships in the game at launch, but that adding them in as a download after the release could be a possibility.

Final Fantasy XV sounds like it is shaping up to be an incredible JRPG. It is currently set for release in 2016.