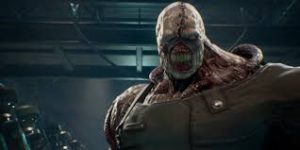 If the leak on the PlayStation Store was too much to believe, because mistakes happen, then Resident Evil 3 Remake may be discussed at the Game Awards 2019. If the mistake was true and we just so happened to catch the error, we can expect that we’ll receive a release date for the game during the Game Awards 2019, not just some information. According to PushSquare,  RE 3 has appeared in the PlayStation Store’s database, complete with cover art assets showcasing Jill Valentine, Carlos Oliveira, and the Nemesis. As is standard for the Biohazard series, Ms Valentine has an entirely new face.

The only thing we can do is wait for the Game Awards in a few days to see if the leak is true and be excited if confirmed.

Are you excited for the remake of Resident Evil 3? Let us know what you think.