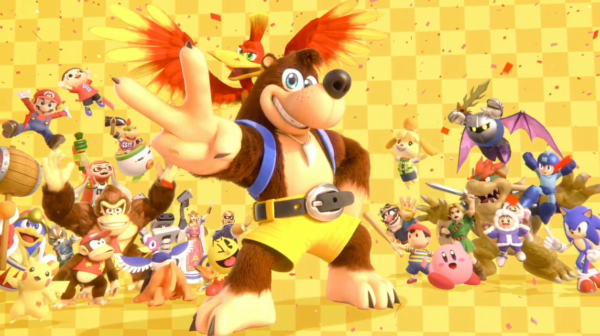 The bird and bear Nintendo fan favorite are making their way into the world of Super Smash Bros. Ultimate! Banjo-Koozie are the newest characters to make the roster, and it’s been long overdue. Starting out as one of the most memorable Nintendo characters, Banjo and Koozie rightfully deserve the spot among Nintendo’s greatest heroes. Check out the gameplay reveal below!

Banjo-Koozie are set to appear as DLC in fall 2019. Stay tuned here at Gaminrealm for the hottest news regarding the Super Smash Bros. franchise.