Corey Gaspur, one of BioWare’s lead project designers passed away suddenly on the evening of July 31st,2017. The Game Designer was behind Mass Effect 2 and 3, with the inclusion of Dragon Age: Origins and was working on the newly revealed RPG, Anthem. BioWare announced the death in a blog post that evening.

Gaspur started in Game Design in March of 2007, at BioWare Edmonton. His first project was a Nintendo DS game called Sonic Chronicles: The Dark Brotherhood. He moved on to bigger projects like Mass Effect series and succeeded greatly. After recently finishing projects like Star Wars: Battlefront and Mass Effect: Andromeda, he was promoted to Lead Designer. His first project as lead project designer was Anthem, which was revealed at E3 2017.

BioWare said on their blog that “Corey was a talented designer and an even better person. We offer our condolences to Corey’s family and everyone that knew him.” The blog ends with a touching message of saying,”We will miss you.”

For more information on Corey Gaspur, head over to http://blog.bioware.com/2017/07/31/remembering-corey-gaspur/ 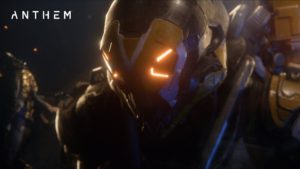