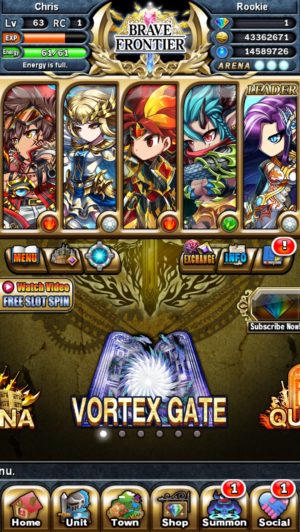 Brave Frontier, a Japanese role-playing game created by A-Lim and Gumi, made for iOS users initially on July 13, 2013 and later released to the android market on December 13, 2013, has announced their sixth anniversary on the mobile platform. This game is highly addictive and is totally free to play with an energy meter allowing you to progress through the main story of defeating Maxwell and restoring order to the land of Gaia, but you need to develop your units from the ground up and strengthen them from acquiring fusion materials and crafting equipment to attach to your units known as Spheres. Beginning the game at this time is very beneficial for a new comer due to the anniversary issuing out free summon tickets that are the equivalent to 5 gems of the game’s necessary tokens to summon one character to add to your ranks.

The designs for all of the monsters have become even more diverse and expansive than when the initial release’s models were announced six years ago. Large amounts of development and resources were spent into making this mobile franchise a success. Hopes of one day seeing this franchise make it to mainstream audiences in hopes that more can enjoy this content is still a stretch at its current stage. Each time a summon is performed you spend at least 5 gems of currency and after unlocking some very interesting characters the thought of what else that you could pull should interest you to keep playing. I will further explain and reiterate that you do not need to spend a single dollar of actual real world currency to play this game, no matter how much and how many micro transactions that are being displayed on the screen when you run out of energy or run out of room to hold any more units. 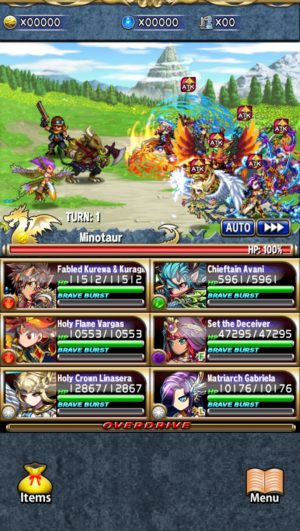 All in all, this game with its new features that have been implemented over time, can make this game’s main story go by very quickly. Especially if you’ve synced an older account to your old Face Book that you deleted/don’t remember and wanted to start over again. I was once level 90s to mid 100s on my previous account that I deleted my Face Book for. After playing for a week on this new account during the anniversary, I’m already at level 64. I highly suggest that, for a time-waster and an awesome game to play just to hold you over until your next big console game, that you try Brave Frontier!

Stay Tuned to GaminRealm.com for more coverage of amazing games that you should consider.