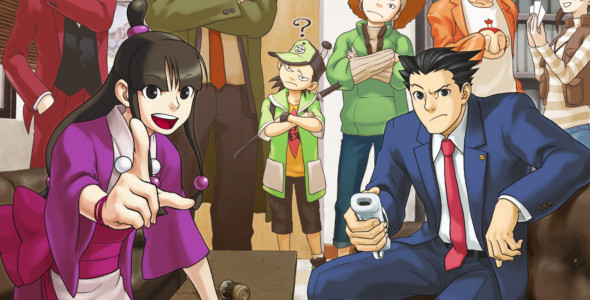 The Great Ace Attorney is currently in development for Nintendo 3DS and has been for a while as it was announced all the way back in February during a Nintendo Direct. After the monumental success of the previous game on the same platform, Capcom is already underway with the next installment.

Keep in mind that the details, I write are all about the Japanese version of the game, so I’ll make it easy for you guys.

The game is set to take place during the Meiji era in Japan so, we can confirm once and for all that the continuity of the series takes place in Japan. The protagonist of the game is known as Ryunosuke Naruhodo who is an ancestor of Ryuichi Naruhodo who is named Phoenix Wright here in the states, so we will be playing as Phoenix Wright’s ancestor.

The game will be directed by Shu Takumi who worked on previous Capcom games such as Monster Hunter and the Japanese exclusive E.X. Troopers.

We don’t know when it’s coming out though, it could be later this year, but as we know, if this game does come to the west in the future it will take it’s sweet time getting here is all.