Capcom is making huge headlines today, Capcom reported earlier that they were making money and now they released a document of their future plans to hopefully continue to make more money. Along with their six most “powerful franchises” Capcom’s future business plans involve reinforcing the DLC strategy, enhancing quality and accumulate know-how by developing more titles internally (no more outsourcing) and realigning the lineup of titles.

Capcom is also planning on moving up the PC gaming pole by promising to release more PC games outside Japan, and make more online-only games such as Deep Down on the PS4. Capcom is continuing their earlier plans to move forward on the development of mobile games and put some of their franchises onto mobile platforms such as what they did with Street Fighter 4 and Monster Hunter. Which is understandable, mobile games are huge in Japan.

Finally, the more interesting one is Capcom’s list of their most “powerful franchises” in which I assume it means the best-selling franchises ranking from: 1) Resident Evil, 2) Street Fighter, 3) Monster Hunter, 4) Devil May Cry, 5) Dead Rising and, 6) Lost Planet (Seriously)

I’m extremely happy for Capcom that they were able to stick to their guns and get themselves out of the hole they got themselves in the first place. It’s also thanks in part to Strider, Ducktales: Remastered and Dragon’s Dogma. The surprising thing about it is I didn’t know Lost Planet was a big franchise for them, I loved the first one and heard bad things about the other 2. The only bad thing I can take away from this is there will be no DmC 2 as I’m a huge fan of the game and of the new Dante. But, I’ll get over it. 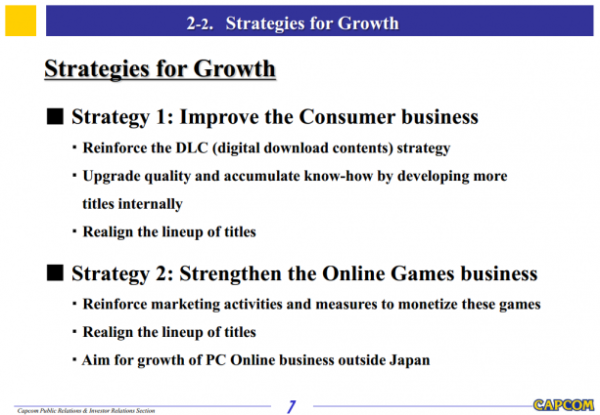 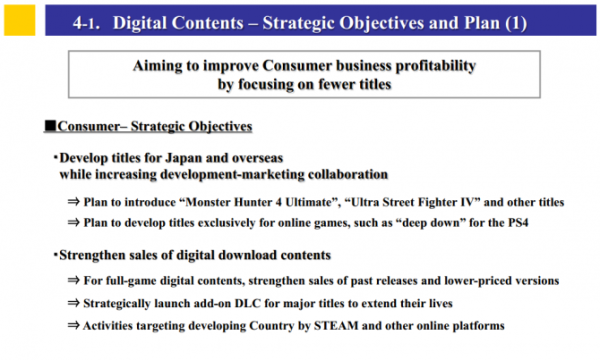 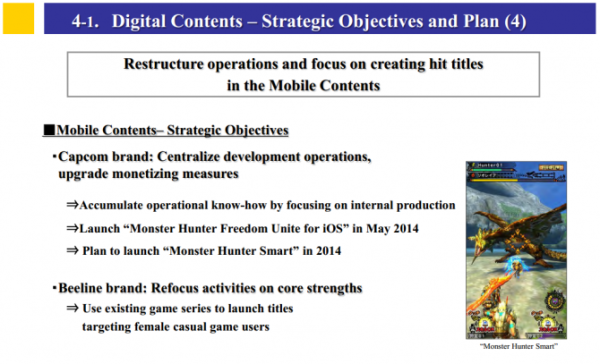 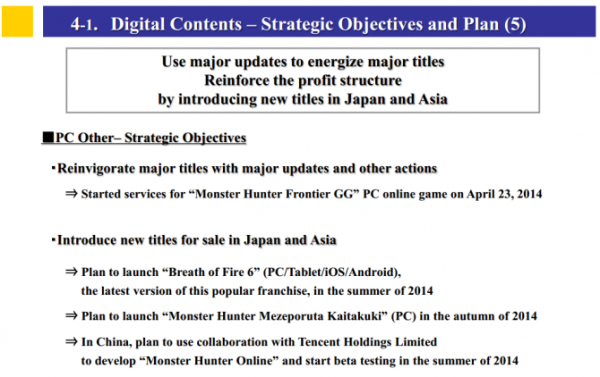