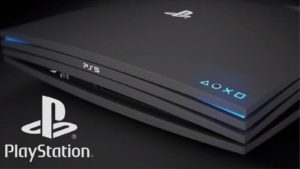 The PlayStation 5 is almost upon us and the powers that be suggest that we make the move over to the future console as fast as humanly possible. Jim Ryan, PlayStation CEO went into detail about the upcoming successor to the PlayStation 4 during 2020 Holiday Season and labeled it a “no brainer” according to BGR. The PlayStation 5 has no real price point confirmed as of yet, but if the CEO and the higher ups are indicating that consumers move as soon as possible to the next best thing, this could mean that they just want more money, but it could also mean that Sony has something up their sleeves in terms of value for us.

Jim Ryan made a few interesting comments during the interview with Gamesindustry, outlining his hopes and aspirations regarding the console in future. “These are gamers who are networked and sticky and engaged and passionate about PlayStation to an extent that we’ve not seen in previous generations. As we move towards the next-generation in 2020, one of our tasks — probably our main task — is to take that community and transition it from PlayStation 4 to PlayStation 5, and at a scale and pace that we’ve never delivered on before.”

Ryan goes on to say, “If we are to be successful, we really have to leverage the opportunities that globalisation brings. I am going to give you some examples. One is around the productisation of PlayStation 5, the definition of the feature set, of the development and the implementation of those features. That process, this time around, has been massively more streamlined compared to anything we’ve done in the past. The product planners are now having one conversation instead of three different regional conversations, where they needed to reconcile positions that were often conflicting or contradictory, with an endless process of iteration and consensus. That’s not happening anymore. We have one conversation and we get on and do stuff.”

I am excited to see what PlayStation 5 will bring as time advances, let us hear your thoughts.

Stay tuned to GaminRealm.com for more coverage of the PlayStation 5.