Some of our most favorite franchises started on the Nintendo 64, and some have had their best moments on this console. Banjo-Kazooie, GoldenEye, Ocarina of Time, Super Smash Brothers and Donkey Kong 64 were just to name a few of the Nintendo 64’s best titles. Playstation had released their classic console that has several games updated to HD graphics and are pre installed into the system. There is also a Super Nintendo classic with the same formula, but Nintendo 64’s classic no where to be found.

After obtaining a used Nintendo 64 and beginning a collection of games that I want to play, I’ve noticed some games have become borderline unplayable or just have not aged well. The main reason I believe the reason for this is the outdated storage of memory system and the consoles limitations compared to today’s standards. I have a few reasons why there should be a Nintendo 64 classic made so we all can enjoy. 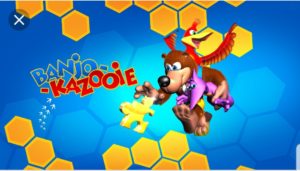 The first reason is having games that can enjoyed again in their entirety without issues or obstacles preventing us from finishing a playthrough is important. I can’t explain it enough the frustration I went through having the controller’s joystick get too loose, then cease to cooperate. Tightening the joystick with tape sounds easy, but if you encounter a screw that’s stripped on one of the spots on the controller, you’re better off buying a new one.

A Nintendo 64 classic can benefit not only Nintendo’s bank account, but definitely ours. Certain games will become very costly, depending on where you purchase them from. Game shops, as well as E-Bay and other online merchants, know these games are antiques and are hard to come by. Paying 60 dollars and up for a fifteen year old game is insane and what good is the game, if the memory card being corrupted ruins your entire save file?

A remedy to this is to make the 30 best or even 50 best games possible to play on a updated Nintendo console, even E-Shop. After coming to this point, writing this on my phone I realized that the Nintendo Switch should be more than powerful enough to play Nintendo 64 ports of games. That idea is one that I can see being a great secondary option, if a 64 classic console is a strain.

All in all, Nintendo 64 is in my opinion being tremendously misrepresented in modern day gaming and bringing us a chance to relive great memories with a Nintendo 64 classic will be an amazing idea.  Let’s hear your thoughts about this in the comments below.

Make sure you tune in to Gaminrealm for more thoughts and opinions.