With Call of Duty Ghosts fully unveiled, does it offer you, the gamer, enough change to warrant a purchase? Is Ghosts the game that will get naysayers and ex-players back into the CoD craze?

Activsion’s latest installment in the series boasts a pretty impressive amount of new features and content. Outside of the given new weapons and maps, Infinity Ward has included some series-first additions that are meant to shake things up a bit. Certain parts of maps are destructible or can be used to set up traps for others. Players can now create and build a “squad”, which is a group of 10 custom-made character that the player can level up and outfit and then pit it against other players’ squads. A sliding mechanic has been added in (as if drop-shotting wasn’t bad enough), and the game has been geared to make matches more ground-focused (less air-based streaks). 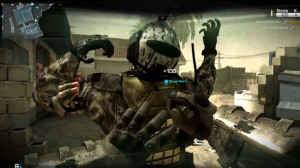 Twitch-knifing is essentially done away with. 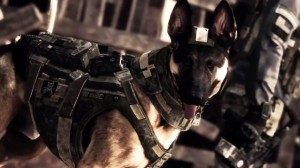 Riley is the newest addition to the single-player campaign.

Gameranx put together a hefty list of changes featured in Call of Duty Ghosts:

2. You can now see the kill feed at the top right.

3. Stats like the kill death ratio have also been moved to the top right, and you won’t have to open a menu to see them.

4. Knives have one second vulnerability.

5. You can destroy objects in any of the maps to gain tactical advantage.

6. Perks are divided into different sections

8. You can customize characters, of course, including making them women.

11. Strike packages have been brought back.

12. Pointstreaks have returned in place of scorestreaks.

13. Death streaks have been removed.

14. You use squad points to unlock equipment, but all weapons are available at the onset.

15. You get ten soldiers AKA profiles.

17. AI has been improved, in terms of corner camping and side strafing.

18. Movement is smoother thanks to the new engine.

21. A new iteration of profiles. You can take your 360 profile to carry over to Xbox One.

23. More things to do with Clans.  You can join, create, and manage a Clan from a single account. You can have Clan only skins and set Clan vs Clan playlists.

25. Season pass gives you the Ghost Team leader pack, and you can carry all the DLC over too.

26. Collector’s editions, including Hardened and Prestige Editions as we covered yesterday.

27. The first 500 people to test the game during the “world wide tour’ gets a copy of the Prestige Edition.

29. Different game modes include squads, league play, fighting with AI or other people. You can earn multiplayer XP and AI adapts to your equipment choices.

30. No more Theater mode. If you liked that one, sorry guys.

Seems like Infinity Ward has put in a lot of effort toward this game, at least,  content-wise. But that’s where the most important question regarding this topic arises – is simply adding more content enough for those who have fell astray from the franchise?

Now yes, there may be a few new gameplay mechanics such as the environmental destruction and sliding I mentioned earlier. But there’s two key important points regarding these two aspects.

For the destructible environments, the problem here is the fact that only certain areas can be destroyed. Eventually, the novelty of being able to blow up the same specific wall will wear off. It’s not free destruction per se, like how it is in the Battlefield games were almost everything can be destroyed. The monotony will kick in and the “cool” factor will wear off. The gas station is another example of what I mean. In the Call of Duty Ghosts multiplayer trailer, there was a clip near the end where a soldier fired at a gas pump causing it to explode and the canopy fell on an enemy player.  But who in their right mind after literally one or two matches would be in the vicinity of a destructible gas station?  Gamers will quickly learn and easily avoid these dangers zones, making them useless novelties at the end of the day. 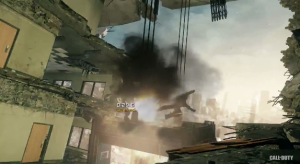 Why try traversing the elevator knowing that C4 WILL be placed there? 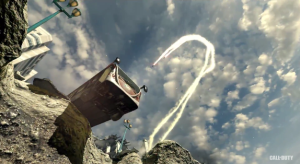 What’s the logic in going into a bus that’s hanging over a cliff? Easy kills.

Secondly, will sliding really add some “oomph” to the overall gameplay? I could easily see this mechanic become a simple substitute for drop-shotting, and an easier and more effective one at that. Whereas drop-shotting completely stops your movement, sliding has a short continuous momentum that will allow players to shoot low to the ground while moving. This could actually prove to be a detriment, as we all know how “cheap” the majority of the CoD community can play. Actual sprinting and walking could be (exaggeration here) replaced with “noobs” sliding all over the place like slippery little demons. 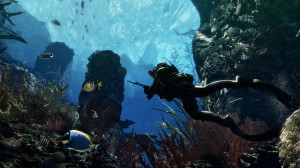 Although the stagnation of the gameplay mechanics are of course a huge problem for most ex-CoD players, I feel that the main problem of the Call of Duty series lies not in it’s minuscule gameplay improvements, but rather in the fact that it’s already-existing problems have yet to be fixed. It’s not that they need to make drastic changes, (although for many of us that’d be more than welcomed), but the Call of Duty teams need to first fix what is already wrong with the franchise.

One of the major issues plaguing the series it the netcode that it’s been using. CoD is still a lag-fest no matter what console you play it on. Gamers have grown tired of constantly shooting someone first but still dying, only to see their soldier on the kill cam not even fire a single shot. Other times your grenade throws will be way off due to abrupt displacement of your character.

Another flaw holding Call of Duty back is the spotty hit detection (which sometimes ties in with the lag). Too many times have I experienced having my red dot sight right on-top of an enemy while firing, and yet, I won’t get any hit markers. Oftentimes enemy players will actually be able to run through explosions, or stand right next to them without taking any bit of damage. 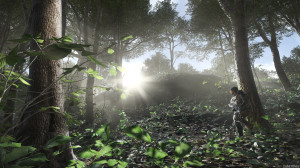 And then there’s the balancing issue. Many perks, guns, and kill-streaks are considered cheap or over-powered. Five games after Modern Warfare 1, and the CoD teams still can’t seem to make a reasonably balanced multiplayer. Most players will use the same weapons, guns, a kill-streaks, killing off any pre-existing variety in matches and causing monotony for others.

But despite all the problems I just mentioned, these are all aspects that we have to wait and see if they will still exist in Call of Duty Ghosts. Although these have been constant issues in essentially every CoD game, it’s still not right for one to assume that the next installment will retain these problems. They could easily be subject to change. So let’s go under the assumption that the lag issues will be fixed, the game will have spot-on hit detection, and it will be fairly balanced. Couple these things with all the new content and features Call of Duty Ghosts is bringing to the table, would all of this be enough to bring you back to the franchise?

6 thoughts on “Does Call of Duty Ghosts Offer Enough Change For You?”