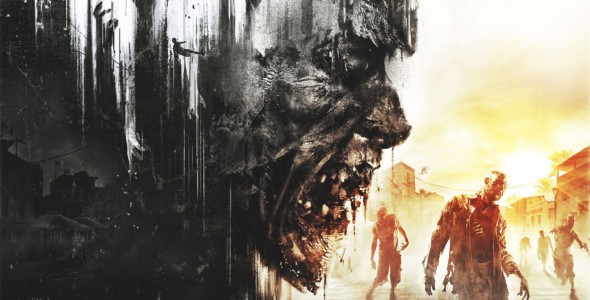 A simple question is in the air, and with the amount of zombie games out there, it really is a legitimate question. What differentiates Dying Light from other Zombie titles? I have compiled a few things that Dying Light features that other titles don’t. At first glance the game seems just like a next-gen version of Dead Island, a mindless game of just whack-a-mole zombies. Dying Light is soo much more than that, and I’m here to show all you good people just what makes this game different.

Zombies didn’t see you? Maybe you made a small sound, but no, your sure you didn’t? One thing zombie games never had was the ability to choose your play style. Instead of being forced to kill the zombies the game adds another level of choosing. Every decision you make affects the games outcome, as what that may mean, I am not sure. Not until they release more information about that. Along with affecting outcome, you can actually choose whether or not you kill the zombies. The parkour, free running ability adds more to that choice, you can even jump over the zombies like the boss you are. Climb up any structure and pole, show and strut your stuff.

It isn’t till the sun goes down that the game shows its true colors. Suddenly you aren’t playing that clichéd zombie title, instead of you being the hunter, because lets face it, the zombies in most titles are not very hard to kill, you are the hunted. The 12 minute gameplay video literally made be S*it my pants, so from what I have seen the zombies become more dangerous, but not just the zombies. At night there are creatures that awaken, and they only awaken at night. So now instead of being the hunter, you are the hunted and the gameplay changes. Now its all about surviving the night with your free running, because yes the creatures that awaken can free run as well.

The gameplay did a really good job at displaying just how dangerous the creatures are. They didn’t stop at all, not to kill the creatures, or even stop them. It was all pure running, running from around 3 different zomb-runners (nickname I am giving them for the sake of this article). The in-game character they where playing showed just what to expect from this title at night. I don’t even remember the last zombie game that adds that level of fear and challenge at the same time. No game modes like the one featured on call of duty, Nazi zombies isn’t what I’m talking about. Yes the game mode is challenging but anything would be that used the rounds system, each round pitting you against more and more zombies. Dying Light does a great job at adding that challenge with an extra topping of fear.

The most amazing part is that they don’t force you to run every night. You actually have the choice of sneaking around and trying to not be spotted by the zombies. That is like, “O Mi Gawd, DID THEY SEE ME!?!? pshhhhhhhh, they didn’t….”. I love having that feeling, sneaking around and trying not to be spotted but having that feeling of being followed or being looked at. I simply cant wait for this game, they haven’t revealed a lot so I’m also going to give a small list of what I would like to see in this new title, its already won me over but of they feature anything like this, it would be GG WP and I will marry this game.

If they add/remove anything I set on this list. I would love the game with all my heart. I already know it has a coop mode, so that’s all fine. If they added that online survival mode, I would love that. Not only me everyone would. So I end the article simply asking you fans 1 thing. Bring this to light, and show it off to people. Maybe if the devs see it, they would add the things I have asked for. Along with that, post comments down below. Tell me if you disagree with anything, or if you agree with anything.

2 thoughts on “Dying Light Vs. Other Zombie Titles – This Game Will Win Them All”