A few days ago, this picture surfaced on Thanksgiving Day showing the official artwork of Ultra Street Fighter 4 from Capcom’s residential fighting game artist: Shinkiro. Aforementioned artist worked on alternative covers for the company going back to the original Tatsunoko vs. Capcom to now.

The story is the character on the top right hand corner

I, for one don’t fully believe it, for all we know it could be a warped depiction of Sagat. And as of the date of this published story, It all just speculation not confirmation. 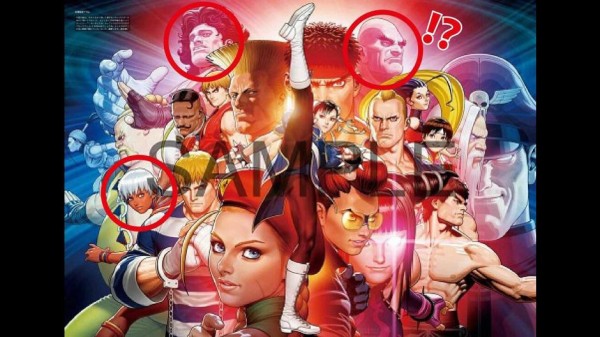