Strider will return to consoles and PC in North America on February 18th for $14.99 on PlayStation 3 and PlayStation 4 while the PC, Xbox 360 and Xbox One versions will be available a day later on the 19th. Meanwhile, Europe will get the game on February 19th on all platforms for €14.99/£11.99.

Now for new details: Capcom has announced two extra Challenge modes for the game. One is call “Beacon Run” in which you race against the clock to hit consecutive checkpoints while taking enemies down in the fastest time possible. Secondly, is the obligatory “Survival Mode” in which…you guessed it, fight a massive horde of baddies as the game gets harder. Both modes will have leaderboards so if you love the idea of stressing yourself out just a chart on the leaderboard until a progressively better Japanese player outdoes you, then, Jackpot!

You can also unlock “alternate costumes” by “uncovering the vestiges of Striders fallen in battle against Grand Master Meio’s evil empire”-according to Capcom. But by the looks of these screenshots they are just mesh color palette swap like when Capcom tried to pass off color combinations as alternate costumes in Marvel vs. Capcom 3 and everyone who played that game knew that only Spider-man had alternate costumes.
Come back later in the month as I (hopefully) will have a full review of the game by release. 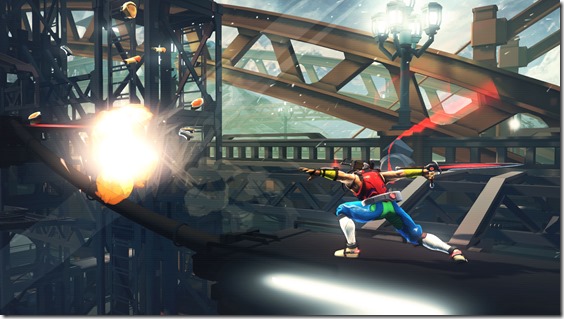