Gamedec is an adaptive, cyberpunk RPG game from Anshar Studios. This brand new project is based around a private detective who solves crimes committed in virtual game worlds. The title will debut in 2020.
FOR IMMEDIATE RELEASE – August 8th, Katowice, Poland.
It’s Warsaw City in the 22nd century, and thanks to the existence of virtual worlds, “reality” is a relative concept, and “life” and “death” have many meanings. New worlds, however, give rise to new problems. Desire, jealousy, greed, and lust for power are ever present. Many things have changed, but human nature is not one of them. That’s why society in the 22nd century needs Gamedecs – detectives who handle frauds, crimes, and conspiracies committed in virtual worlds. Child slavery in F2P games, the suicide of a professional player – cases like that are what they deal with on a daily basis. In the new Anshar Studios game, the player becomes one of these detectives.

You can already add the game to your Steam Wishlist (https://store.steampowered.com/app/917720/Gamedec/), not to miss any updates on its ongoing development.

A special, early version of the game will be premiered at Gamescom, while at PAX West in Seattle, a game demo will be made available to guests of the event. And if you’re heading to Cologne and would like to check out a hands-off demo at Gamescom

In Gamedec, decisions are important, and the game world constantly adapts to them and to the hero, who changes as the story progresses. The consequences of choices made, like in “real” life, can be immediate, long-term, or hidden – the latter most often surfacing at unexpected moments. Regardless of the decisions made, however, the game always remains neutral towards them. It’s up to the player to evaluate them, bearing in mind the saying “you are the sum of your choices.”

The studio’s new game returns to the foundations of the RPG genre by adding Deduction, Codex, and Aspects mechanics to allow for complex discussions, as the players create or expose networks of intrigues and conspiracies, while discovering unusual relationships between virtual worlds. Gamedec’s paper-based RPG mechanics give players the freedom to approach things from multiple perspectives, rather than finding a single solution – the choice is ultimately theirs.

Gamedec is currently under development. The game is planned to be released in 2020.
Source: https://www.gamedec.com/
Keep it lock on GaminRealm.com for infomation 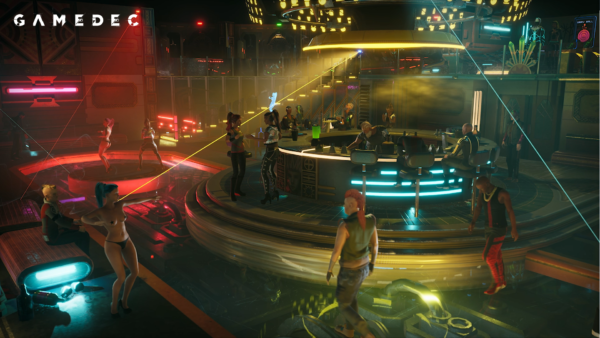