This week has been a huge week for gaming across the spectrum when it comes to triple-A shooters like Call of Duty and Battlefield 1.  With that comes this week’s gaming news so, let’s get started.

Battlefield 1- In The Name of the Tsar

Battlefield 1 Premium Players got their first look at the new DLC for Battlefield  In The Name of The Tsar, which will introduce the Russian Empire and takes place on the eastern front of Europe during World War I. The players got to look at three maps which were Lupkow Pass, Albion, Galicia, and Brusilov Keep. Along with the maps came the showcasing of new weapons such as the new SMG for the assault class called the Maxim, and a new shotgun named the M1900 which is a double barrel shotgun. The Support class has a new LMG called the Parabellum MG14/17 which is one the more powerful guns in the DLC.  DICE also added a gun for the Medic class called the Federov Avtomav which is an automatic rifle and will be one of the many few automatic rifles in the Medic Class rifles list, and the General Liu rifle, which is a semi-automatic rifle. The Scout Class got a new sniper named Mosin-Negant M91 which is a bolt-action sniper rifle, and along with that got another sniper called the Vetterli Rifle which is also a bolt action rifle. With that DICE also added two new pistols, The Negev Revolver and the Obrez Pistol. DICE also added a new weapon for the vehicle class called the C93s carbine which is a pistol for players who drive tanks and pilot planes. All of the weapons for the main classes have their own variants along with the inclusion of the weapons. DICE along with the weapons, they added the Calvary Lance to the horses which give players the ability to charge at infantry troopers and impale them which is pretty awesome. All of this will be available to players in September of 2017.

On July 29th, YouTuber and retired pro-gamer, Nadeshot, tweeted “Currently day dreaming about a potential ranked playlist in COD: WW2”. In Response to this, Micheal Condrey lead project designer at Sledgehammer Games replied with the image below and the caption “Zzzzz….#Zip”. 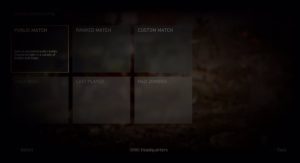 This is obviously big news because it seems that Sledgehammer is going down the path that games like Overwatch and Rainbow Six: Siege has taken when it comes to competitive play, which will be very exciting for Call of Duty players everywhere.

At E3 this year Bungie told the public that Destiny 2 would be arriving on the PC this year. This left players scratching their heads and asking Bungie, “When is the game going to come out for PC?” and “When is the Beta going to come out for PC?” Well, at least one of those questions were answered when Bungie released a statement saying the Beta for Destiny 2 would be arriving on the PC on August 28th. They also said that the Beta would only be available to those who pre-ordered the game. The Beta will be open for free on August 29th, which means if players pre-ordered the game for PC they would get Early Acess. However, there is no release date for the full game yet but it is expected to be known once the beta for Destiny 2 come out. 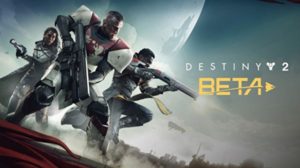 Earlier this week, On July 27th, The Newly announced character Doomfist was added into the game through a brand new update for the game. The new character of controversy, considering that everyone thought that Terry Crews was voicing him. But Blizzard hired a different voice actor instead which shook up the Overwatch Community. He is now live for all Overwatch players but cannot be played in Competitive untill next season.