I don’t say things like this just for the sake of antagonizing fanboys, even though I like to and I definitely don’t say these things just as a massive immature ploy to get more hits on this site, though it couldn’t hurt but I feel what I’m about to say is the truth while others say “I’m just trolling” so keep in mind it’s just a matter of opinion. But the one thing is that the lot of you is not going to like it: Resident Evil is the one of the most overrated franchises of all time and, overhyped franchises of all time in which the fans will talk up the early games as the best the medium has to offer. Again, though it’s just my opinion or then again, maybe “I just suck at it”. I never understood the stigma of the fans that despite terrible controls and a ludicrous story, Resident Evil was deemed scary so that is somehow synonymous with it being good. For the record I’m only speaking about my opinion about the first 5 games Resident Evil 0- Resident Evil 4

Resident Evil is arguably one of Capcom’s biggest money makers next to say Street Fighter. It consists of 5 crappy live actions movies, 2 “meh” CGI movies. And at the center of the “massive media empire” are 9 spin-off games and the 7 core games with only 2 of them actually any good: Resident Evil Remake and Resident Evil 4 and only one of them truly frightening being 100% of the new content of the Resident Evil Remake for Nintendo consoles and while we’re on the subject, from a more critical logical perspective aka mine, Resident Evil was never scary, it was super startling at best. Unless Resident Evil scared you by having you fight certain things you have a legitimate fear of like zombies, spiders, sharks etc. Seriously, I get flabbergasted when gamers say Resident Evil 4-6 aren’t scary, they aren’t horror especially seeing there wasn’t anything mentalty traumatizing from the first 3 for the PlayStation anyway. They were just as bad gameplay wise. In fact, upon further inspection, every Resident Evil game before 4 was pretty bad in the same way. Bad tank controls that took some getting used to added with the frustrating camera made it worst. Resident Evil 2 was the worst. It wasn’t fun, It wasn’t scary and I just love how I live in a world where we condemn Devil May Cry 2 for having a disappointing lackluster criminally short single player campaign with 2 playthroughs that have a few differences and is ultimately playing the exact same game twice, but we throw adulation and give Resident Evil 2 a thousand gold medals and gold stars for doing the exact same thing 14 years ago. 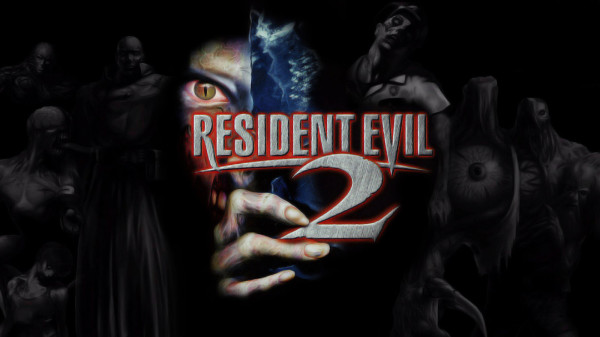 I would only acknowledge that RE scared me as Capcom taking full advantage of my then severe case of arachnophobia. But even that isn’t a merit to the “genius” of Resident Evil. Giant Spiders have always scared me since the Skulltulas in Ocarina of Time. Other than that, here is how I can describe the “horror” aspect of RE. But as I stated before all of the new content of the remake that wasn’t in the original were pretty scary but it pretty quick though. You know all those videos where you watch a calm and relaxing scene or watching the follow the line video and then all of a sudden some creepy image of that girl from the exorcist pops up and “scares” you? That is what is known as a “jump scare” and it is the lowest form of horror like a pie in the face is the lowest form of comedy or gratuitous bra and panty shots that have nothing to do with the story are the lowest form of anime.

Survival Horror fans are what I see as a tragic case because their favorite genre has been in decline for the past years being over taken by generic FPS games trying to be like Call of Duty or watching Resident Evil turn into a low rent action game, while Silent Hill continues to suck. They are gamers who incorporate a good scary game as a game that doesn’t have terrible controls and cheap jump scares. A mental scarring experience and immersive narrative in games like Amnesia and Silent Hill 2 that was subtle and psychological and good. Common survival horror gameplay is supposed to be hectic, panic-filled and sometimes not worth the fight. You know you are filled with horror if you are dreading every monster encounter, hesitating to go further, than that’s horror. A gaming experience that is so cathartic that they always want to come back for more. You know…like cocaine. But this might not be universal mind you; I’m only speaking of preference of survival horror fans that I know personally.

The point I’m trying to make is I side more with survival horror fans. Some people will play the old PlayStation trilogy like I did and might proclaim that these games suck. But then the fans will always say that there must be a “generation gap” They say things like “The games were good …..At that time” but then they turn around and rank it as one the most must play timeless entries for survival horror fans who haven’t played it. I’m not sure if you guys now this but the supposed “Greatest Example of Survival Horror” shouldn’t need anything to excuse it. Passage of time is not a valid excuse for why somebody doesn’t like your favorite game from the 90s.

Once you play a game that makes you sleep with the night light on…in your 20s, then Resident Evil seem too childish, a teenager’s idea of survival horror after playing so many colorful bright 16 bit games, Resident Evil seems like a masterpiece. Think of it as “Baby’s First Survival Horror” a lot like Death Note/Code Geass is “Baby’s First One Man Tactical Espionage Show” I look down on these examples because I’ve seen one man tactical espionage shows and survival horror games that are much better and done better than the examples I mentioned.

Resident Evil 4 is panned by the “fans” even though it boasted, finely tuned controls, great gameplay, a decent story even though it’s less stupid than the previous games so that’s a win. It’s panned by the fact that it isn’t exactly scary and somehow that makes it’s a bad game. While I agree tenfold it’s not survival horror, I don’t really see how that makes it a bad game altogether. Seriously, I would just love to hear at least one person make a case for why RE 4 isn’t a good game from the perspective of someone who doesn’t come off as a disappointed fanboy looking to complain and just like with the recent DmC “It doesn’t play like the older ones” never has been nor will ever be a logical case to make for a game not being good.

That’s my opinion on the atmosphere or lack thereof from this series. Now as I stated before, I’m not exactly a connoisseur in the survival horror genre mostly because all of the true horror games are either of PC or PlayStation. Besides Silent Hill 1, I haven’t played any of the games I’m about to list. The list is solely based of the words of my good friends who have god-like PCs and disposable income and they can attest that these games are way better and way scarier than all the Resident Evil’s combined. Even the far superior REmake. An in the spirit of Halloween, I recommend that you play these games…If you have played all these games then, I’m sorry there isn’t much I can do for you.