Hideo Kojima, the mind behind the upcoming game Death Stranding has given patient fans a bit more of a glimpse into the game by releasing images of the standard version and steelbook edition via twitter. 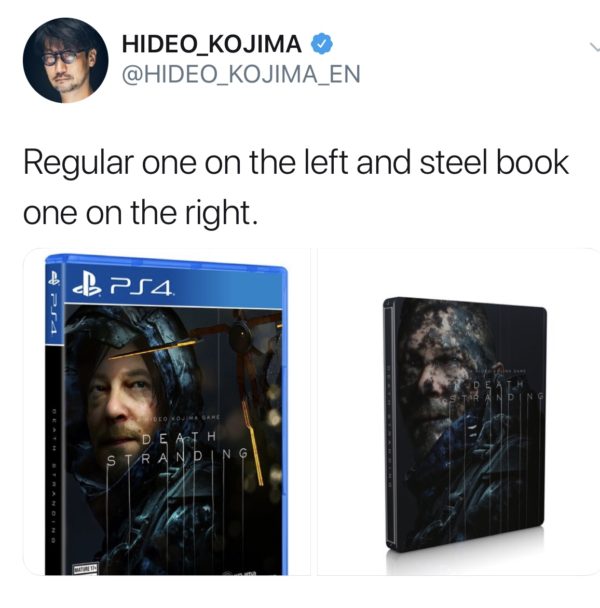 There’s quite a difference between the two box arts and may make the steelbook a preference for some fans. Death Stranding is due out in stores November 8th, 2019.

Will you be reserving the steelbook edition? Let us know your thoughts and as always keep it locked to GaminRealm for all your gaming news.