New rumors surrounding the PS4’s RAM have surfaced this past week claiming that 2-3.5 gigs of RAM will be dedicated to the operating system. These reports have thrown gamers and tech-heads alike into a flux, with YouTube, articles, and message boards being lit up by this controversy. But why?

Why do we, the gamers, care so much about how much RAM is available for game development? The only persons who should be concerned about this matter are the developers themselves, because they are the ones who will be handling the hardware and creating the games, not us. Our job is to simply play them.

Now I understand that for some folks – particularly people who aren’t Sony fans – the problem here is that Sony seemingly lied to everyone when they previously announced that only 1 gig of RAM will be dedicated to the PS4’s OS. But wait, Sony never actually officially confirmed that, did they?

Newsflash: The original report (which you can find here) never came from an official Sony PR. The information actually came from a supposed Playstation 4 developer:

“The PlayStation 4 will ship with a massive 8 GB of GDDR5 memory, which is a huge upgrade compared to the current generation consoles. However, according to a PlayStation 4 developer PS4Daily spoke to, they have access to “only” 7 GB of RAM. The remaining 1 GB is reserved for the operating system and background tasks.”

What has happened is that many gamers and journalists took this report and as it was passed along, it eventually translated into a “confirmed by Sony” story, which now we see wasn’t the case at all. And to further reiterate, Sony released a statement in-response to these latest RAM rumors via Eurogamer:

“We would like to clear up a misunderstanding regarding our “direct” and “flexible” memory systems.

We have no comment to make on the amount of memory reserved by the system or what it is used for.”

That last line is the key here, as Sony wouldn’t say that they have no comment to make regarding the OS-reserved RAM is they truly did previously confirm the amount in the first place. So hopefully now those of you offended by supposed lies made by Sony can rest easy. But as I stated before, even if Sony did lie, why we would the gamers take it so personally in the first place? It’s the developers that should be utterly outraged, not us. 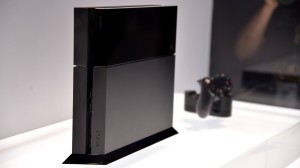 Then there may be some of you who are concerned about whether or not this 4.5GB for games will affect PS4 games. I’m here to tell you that [if proven true], it won’t. And anybody who understands tech will understand why. The majority of PC games this generation only utilize or require a total of 2GB’s of RAM, with very few games actually using 4GB’s. So why would a console – hardware that is made and tailored for gaming – need to use any more than 4 gigs for it’s games? It doesn’t. The amount of 4.5 and even 4 gigs of RAM is plenty enough for these next-generation games, especially if it’s extremely fast GDDR5 RAM like the PS4 is using. An important concept people have to understand is that a large amount of RAM such as 8 gigs can’t even be fully utilized by the PS4’s hardware. What good is 7 GB’s for games if the GPU and CPU aren’t strong enough to even take advantage of it?

That is why that even if this 4.5GB figure is true, it really wouldn’t make much of a difference. The PS4’s [confirmed] 1.84 FLOP performance simply isn’t enough to put a whole 7 GB’s to good use. In-matter-of-fact, a 4.5GB limit for games would actually be more beneficial for games, as 7 gigs would’ve allowed for lazy coding by devs which could have led to optimization issues in games.

So again, I wonder why so many people are concerned about this rumor. It’s not going to make Killzone Shadowfall any less of a game. Multiplats will still look and run better on the PS4 as opposed to the Xbox One regardless. A 4.5GB amount will still have great longevity throughout the generation. That’s is why as gamers, we shouldn’t be so caught up in specs. Our main concern should be the games, and will the PS4 have great games regardless of it’s RAM? Yes, it will, and that’s all that matters.

But there’s one last group of people left to address; and that’s the fanboys who are concerned about the PS4’s RAM allocation simply because they want the system to have a blatant edge spec-wise over the Xbox One. Firstly, regardless of the RAM allocation, the PS4 still has higher-density RAM that is much faster than that of which is in the Xbox One. The PS4’s theoretical 4.5GB’s of  GDDR5 RAM would still be superior over the X1’s 5GB’s of DDR3 in the first place. Secondly,  we all know that the PS4 has a total performance of 1.84 FLOPS, versus the Xbox One’s 1.24. So to these fanboys I ask, why are those two facts not good enough for you? The PS4 being a stronger machine isn’t enough to satisfy – these people want it to absolutely slaughter the competition, which is of course a petty and silly mindset.

I would say these are unfortunately the majority of gamers currently bickering about this RAM situation. They simply don’t want this rumor to be true because they feel that this would be ammo for those against Sony to use. Essentially, they don’t want their product to even remotely appear weaker than everyone previously thought. Why these particular gamers are so mentally invested in these console war shenanigans is beyond me, but it’s obvious that the majority of the back-and-forth arguing regarding the RAM is coming from the communities containing these particular types of people.

But to wrap everything up, as the title says: Let’s all just hush up about this. For the reasons I explained in this article, none of it really matters in the end to begin with. We’re debating over something that is minuscule in the grander scheme of things, and it’s depressing to see so many gamers nowadays discuss and talk about specs.