Ever since the PS4 and the Xbox One have both been revealed, there have been a multitude of polls that have gathered the opinions of gamers, as to which one appeals to them more. And if you’ve been keeping up, then you’ve seen that the PS4 has always come out on top in the polls.

Well, it appears that some Xbox One fans are getting a little tired of that. Previously, the Xbox One had a 60% advantage over the PS4 in the United States:

But if you take a look at the actual tweets for voting over twitter, you can see this: 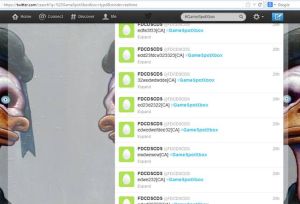 Clearly, someone wants the Xbox One to seem like its overall appeal is over the PS4’s. But ever since discovery the other day, the bots seem to have ceased and now the poll is going back to how it was before: 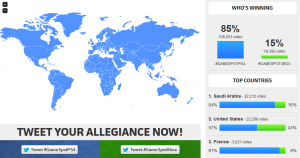 I’m sure we’ve all heard this before: “Cheaters never prosper.” If you want to check out the poll for yourself, click the link below: