We’ve waited quite a few months, but Mario Kart 8’s first DLC pack is finally here and it really delivers.

If you wish to keep the details of the DLC pack a surprise, turn back now!

As stated in August, the DLC comes with three new characters: Link, Tanooki Mario, and Cat Peach. I have to say, playing as Link in Mario Kart is just as surreal as it sounds. He even brought the Master Sword along. 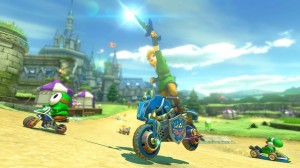 Four new karts have been added as well: Blue Falcon from F-Zero, B Dasher making its return, the Zelda themed Master Cycle, and the Tanooki Kart. 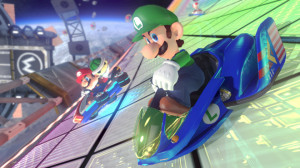 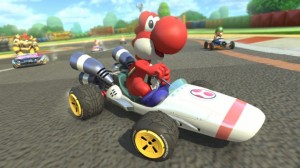 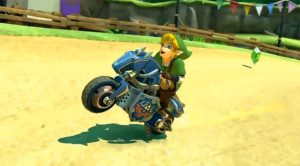 All the new karts feel pretty solid overall. I’m not a personal fan of the Master Cycle, but that’s only because it has an inward drift which makes things awkward for me. The Blue Falcon can definitely carry some serious speed, however one should use caution when using this kart with larger characters. The handling on that thing felt  abysmal at first when I was using Link. Perhaps a different tire combination could remedy that problem. Either way, these karts are all a blast (well…most of them). In addition to the new karts, we received Hylian wheels and a Hylian glider to tie in with the Legend of Zelda theme. These new karts and parts really help spice up the options and aesthetic.

That is, unless you’re playing online.

I could ramble on and on about these courses. The ones from past Mario Kart games really brought me back. It’s always fun to see something from gaming’s past remastered into HD. The new courses really blew me away as well. I especially loved the nods and winks they gave in Mute Cuty and Hyrule Circuit. Mute City comes full with the F-Zero starting and end screen themes. They even added the areas on the side that heal you, but instead, they give you coins! Hyrule Circuit replaced coins with rupees and give the “secret unlocked” sound at one point. I think these two cups may be the only cups in the game where I truly love every single course.

Don’t just take my word for it, take a look: 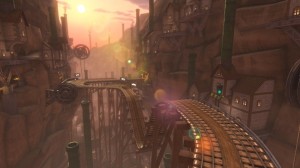 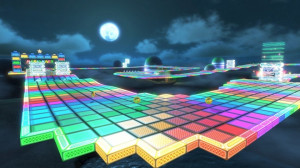 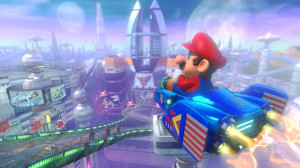 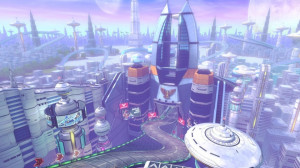 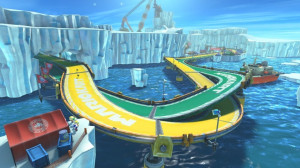 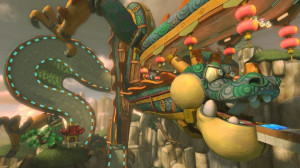 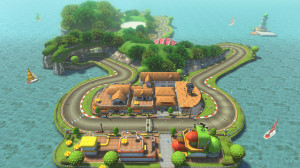 All in all, Nintendo really brought their game with this DLC. I’ve been bored with Mario Kart 8 for quite a while and this really brings it back to life with something fresh and exciting. If Nintendo keeps this up, their games are going to see much longer life-spans. If you haven’t downloaded this yet, walk to your Wii U and do it. While you’re at it, be on the look out for the Animal Crossing DLC pack coming in May, featuring the same amount of content.