Megaman has been confirmed to be a playable character in Super Smash Bros 4. 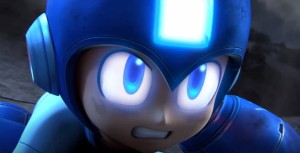 Fortunately for us, Nintendo decided to go with the very most classic Megaman. I would’ve personally preferred if they went with the Megaman X version or the Marvel vs. Capcom version, but one can’t be disappointed with this decision either. In the reveal trailer, it’s shown that Megaman will be sporting his abilities from the Megaman 2 enemies, which Sakurai himself stated feels like the most iconic set of powers in

Along with Megaman, the Villager from Animal Crossing was announced as well. You can view the Smash Bros 4 trailer here on the site.