At today’s E3 conference with Microsoft, we were shown what Microsoft Hololens can do and viewers were blown away.

Microsoft Hololens is a device much like the Oculus Rift, that allows you to project holograms in real life space. At Microsoft’s press conference, we saw a glimpse of what its abilities with a brand new version of Minecraft.

What we witnessed was reminiscent of a sci-fi movie. While one player was playing Minecraft the old fashioned way, another was viewing and controlling the overworld right from a table. That’s right… a table.

If the Hololens works as shown, this could bring gaming and technology to a whole new level. Now Jarvis, give me a location on those Creepers. 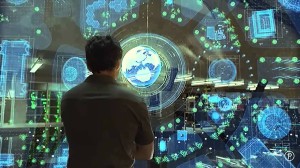 One thought on “Microsoft Hololens Shows Us The Future”