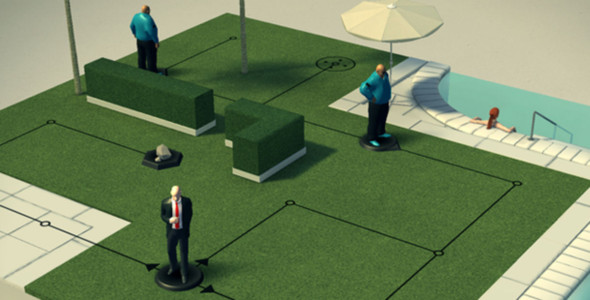 Square Enix Montreal today, has released Hitman Go for the iOS today. Hitman Go is a turn-based strategy puzzle game that plays like a board game. The gameplay has an emphasis on stealth as you are take out upcoming and unsuspecting oppositions and obviously, not get caught doing it.

“We wanted to make something unexpected. Something that crystalizes  everything ‘Hitman’ in the simplest way possible, while retaining the high  class, cool attitude the famous assassin is known for,” said Karsten Lund,  Creative Director at Square Enix Montréal, who developed the game.

“You have to consider your every move in order to solve the puzzles. It’s  about being undercover, smart and stealthy. We boiled most of the core Hitman mechanics such as disguises, distractions and different weapons,  down to the simplest possible game, without losing the fun and tension of its  AAA counterpart.”