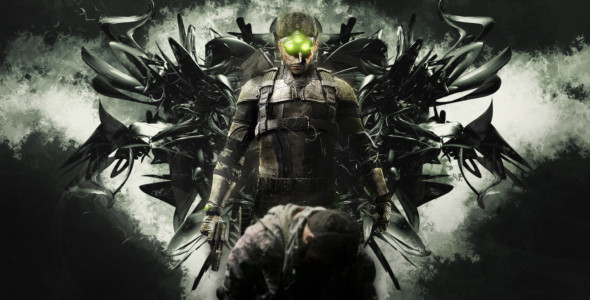 The promised patch for Splinter Cell Blacklist on Wii U is finally here. For those who may not know, the Wii U version is riddled with tons of online issues – some of which that render the online unplayable in some cases. The patch notes are as follows:

GENERAL
Fix a few remaining random crashes
Fix an issue causing the “Rename Loadout” menu to be displayed for the user instead of the “Record Sound” menu if the user follows some certain steps.

Fix a walkthrough break in COOP/Abandoned City mission where the player would not be able to move further in the mission even though they cleared the area.
Fixed one spot in Lebanese Hospital map where spies were unable to perform a CQC kill from cover

Money and experience are now automatically saved when the game ends due to host migration
The host’s team is no longer guaranteed to play as Mercs first. The team will be randomly chosen to start as either Spies or Mercs.
Removed Exit Match option during mid-match menus and halftime report.
Made maps-specific changes to prevent spawn-killing in general and spawn-killing by drones specifically.
Fixing issue where the client of a map will fall through the map on a specific condition
Fix a few remaining tracking issues (invisible for the user)
Fix an issue where the spy doesn’t have a kill prompt when the Merc is crouch against this desk.
Fix an issue that could cause the character to spawn with no weapon and without being able to shoot in certain conditions.
Fix an abuse that allowed spy to shoot with a 2 hands weapon while being in shimmy.
Fixed bug that caused Sticky Cam damage to deal far too much damage. The Stick Cam damage is now fairly balanced compared to the other gadgets.
Fixed bug where Mercs would sometimes reload automatically for no reason
Fixed one spot in Mine map where Mercs could get stuck after performing a CQC kill
Fixed bug where hack reset timer was sometimes not shown in the kill cam
Fix an issue that could cause the user to remain in a black screen while accessing AAR from lobby.
Preventing an abuse in Virus Vault where the spy can access a specific zipline from a cover.
Fix an issue that caused a merc to be able to spawn kill the spies in the base camps with drone.
Fix an issue preventing the player to take cover on the wooden board at the entrance of the Garage on the Cartel Map.

It doesn’t necessarily list whether or not the freeze issue and matchmaking problems have been fixed, but I think it would be safe to assume those issues have been addressed. I’ll download the patch myself and let you guys know if the issues are solved.