With the Naruto manga ending in two weeks and the anime to soon follow suit, the reality of a world without Naruto is getting too real. While the end is right around the corner, Naruto fans still have one more thing to look forward to after the dust settles. The Last: Naruto the Movie, will be releasing in Japan on December 6 of this year. We have a new trailer for the movie and I have to say, as a manga reader, I am still wondering if this movie will be canon. I will not spoil the story for anime only viewers but I will say that there are at least two things in this trailer that go against the manga. I think it would be awesome if this movie took place after the manga and was canon. It would feel more important that way. 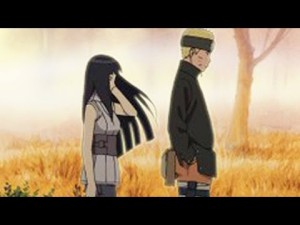 Here is something that might interest the long-term Naruto fans. There are strong implications from translations that Naruto and Hinata will end up together during this movie and this trailer certainly adds fuel to the fire. Is it canon? Will Naruto and Hinata fall in love? What is Sasuke’s role in the story? Will Kakashi finally take off his mask? There are so many questions that need answers but I guess we will just have to wait for the movie to find out.

11 thoughts on “New Teaser Trailer for The Last: Naruto the Movie”