Rumors of Nintendo working on their next-gen system have recently surfaced, and along with them comes a report of the supposed specifications for both the next Nintendo handheld and home console. I’ll go out on record right now and state that it’s not a rumor that Nintendo is working on their next products – all companies start planning their next hardware 1-2 years after launching a new system. So there’s no doubt that Nintendo’s next systems are definitely in the works as we speak.

But one thing we don’t know for sure, is the details, plans, and specifications of these next-generation systems. Before I go any further though, let me make a disclaimer: Take all of this with a huge grain of salt. I’m not going to lie and make it out to seem like I have inside industry sources, because I don’t. The information you’re about to see comes from an anonymous origin, and an acquaintance of mine brought this to my attention – I’m just being honest with you. Yep, it’s one of those situations.

That being said though, the rumored specifications don’t sound too far-fetched at all. This is what the insider had to say:

“Before I go into the detail on the Softwear and OS features I overheard, I will like to do a upgraded recap on the specs of both machines. The codename is now “FUSION” and many the R&D want to keep that name for the main console release. The Handheld unit is called the “FUSION DS” while the home unit is called “FUSION TERMINAL.”

“Nintendo has already begin making demo software for the targeted prototype hardware in efforts to curb the Wii U mistake in the software pipeline (they started creating software after prototyping and were unable to give major software push the first two years as a result). Nintendo plans to make most of the software prototypes into games and applications around the launch of the unit.”

For those of you who may not be tech savvy, keep reading on for my [unprofessional] analysis of this information and determin the legitimacy of these claims.

Let’s start with the handheld, the “Fusion DS”. The ARMv8-A Cortex-A53 CPU rumored to be used in the next Nintendo handheld fits perfectly with Nintendo’s philosophy with affordable-but-competent processors. It is also very energy efficient to boot, fitting right in with the company’s goal of low power-drawing  hardware. All of that sounds pretty feasible, but then we get to the RAM. Sony’s Playstation Vita has a total of 640MB’s of RAM, with 128 of that being dedicated video RAM. One would be hard-pressed to believe that Nintendo would be ambitious enough to include almost 5x the amount of RAM in their next handheld. Not to mention, that with portable devices, you don’t need as much RAM as the games tend to be on much smaller scales than console games. One could argue that maybe the “Fusion DS” will have a lot of multi-tasking capabilities or will contain certain unique features that are constantly running in the back ground, but then again, Nintendo isn’t necessarily known for things like that, excluding Wii Connect 24. 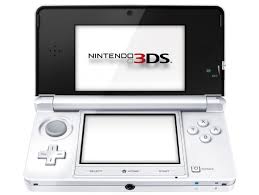 The 3DS’s screen weren’t terrible, per se, but they could’ve been much better.

It makes sense that Nintendo would go with a sub-HD display still, seeing as how the company always puts a focus on affordable hardware.

What raises some doubts for me though, is the 3G chip for GPS location and the mini USB port. Surely with all that has happen last year with 3DS’s SwapNote, Nintendo wouldn’t include GPS technology that could potentially be used to locate minors. As for the USB port, a direct USB connection can make pirating all the more easier. Hacks and exploit programs can be run on the system via USB, just like with the PSP. Nintendo has made it clear that they will do everything in their power to discourage hackers from running homebrew on their handheld devices.

ware for both themselves and the consumers. Two circle pads this time around is an absolute must and Nintendo would be foolish not to include two pads/sticks this time around. Surely they wouldn’t wish for a repeat of the clunky Circle Pad Pro. An NFC reader seems like a no-brainer considering the Wii U contains that technology, as well as a 3DS cart slot due to the companies strong value and belief put into including backwards compatibility. As for the BluTooth interaction with other mobile devices, normally I wouldn’t believe it, but considering Iwata’s latest statements on how Nintendo will analyze the smart phone and tablet market, it wouldn’t surprise me if they did incorporate them somehow.

So it’s hard to make a clear verdict on rather or not the “Fusion DS”‘s specifications make sense. While it’s specs (for the most part) sound reasonable, there’s an equal amount of included factors that simply sound uncharacteristic of Nintendo to do. I would say that all this is completely up in the air.

Now to discuss the home console, the “FUSION TERMINAL”. 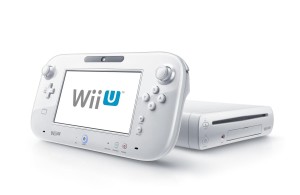 The way the “Fusion Terminal” is supposedly built is similar to how the Wii U was designed.

A highly-customized GPGPU like the Wii U’s offering a 4.60 TFLOP performance with almost 4x the shaders over the PS4’s 1.8 TFLOPS  GPU and Xbox One’s 1.2 TFLOPS sounds right around the ballpark that Nintendo would aim for. Those numbers would mean a very respectable and decent increase over the current-gen consoles while keeping things at a moderate price-point. An 8-core POWER 8 CPU wouldn’t be a surprise at all considering that the company has used the POWER series in the past. The PowerPC 750-based co-processor makes too much sense, as that would allow perfect backwards compatibility with Wii U and probably even Wii games, seeing as how both system have used that PowerPC architecture. So far, these processors are sounding 100% realistic and shouldn’t be written off by any means.

Next is the RAM – a highly misunderstood component of consoles that many gamers use as a sole measurement of a system’s capabilities. By the time the next-generation of system come around, DDR4 RAM will be the norm. This will be a dense, more efficient breed of RAM than GDDR5 – don’t let the bigger number fool you. Considering the Wii U uses 1GB of RAM for it’s games, a 4x increase of dramatically more efficient memory seems like a natural evolution for Nintendo. Again, it’s a good amount but not enough to make a system extremely expensive (if my estimates of how expensive DDR4 will be by then are accurate). Four gigabytes of that kind of RAM would be plenty for some truly massive and impressive next-generation games, while the 2GB’s of DDR3 will most likely be set aside for multi-tasking and the operating system.

Moving on to the ports on the system, only two USB ports sound odd, but then again, that’s the kind of odd decision that I could see Nintendo actually make. Now, the coaxial cable and cable card slot raises a red flag for me. Sure Nintendo has shown interest in TV capabilities and the like with Nintendo TVii, but they’re no Microsoft. The Wii U doesn’t even include a LAN port, or an optical port for that matter. It’s not hard to doubt that they would actually enable features such as recording TV on your system and having playback capabilities.

Stream nodes to allow Wii U GamePad compatibility is a given. As we’ve seen in the past, Nintendo has a knack for allowing you to use old controllers on your new system.

The most interesting bits out of all of this info though, is the multiple versions of hardware that this insider is claiming will happen. A SKU that has 3DS playback? That may sound too cool to be true, but then again, Nintendo has done exactly this kind of thing before with the GameCube and GBA. One thing that leaves me with doubt though is the fact that Nintendo tried 2 versions of hardware before (with the Wii U of course), and one of the bundles simply wasn’t selling at all and had to phased out. At the same time though, the Basic Bundle simply wasn’t a good alternative period, so Nintendo could make sure that all versions of their hardware will be appealing this time around.

Lastly, we have the storage rumor. This is probably the most believable part out of the entire list for both the next handheld and home console. Nothing sounds more like Nintendo than flash storage, and a low amount of it. They did it with the Wii, and they did it with the Wii U.  Nintendo simply loves flash storage due to their distaste for moving parts in their consoles that could potentially fail (like HDD’s), so it makes complete sense that they would continue using that kind of storage. A disc-based model with 60GB’s and a disc-less model with 300GB’s to compensate for downloads?  I could definitely see that happening.

While Nintendo has been adamant that physical games are going nowhere, they have at the same time embraced digital purchases. With many of their games such as Luigi U and Pikmin 3, Nintendo has offered special deals or incentives to buy them digitally. Not to mention the whole Digital Deluxe promotion they’ve done for Deluxe bundle owners. The company will no doubt want to continue to trend of including physical but pushing digital games because of course, buying game digitally makes the company more money. This all sounds like a natural evolution for Nintendo to take with the next-generation of hardware.

Well folks, that’s all I got. Again, take this all with the biggest grain of salt you can possibly find, but I finally figured that this information was too interesting to simply keep to myself. What do you readers think? Do you like what you see in these specs, do they underwhelm you, or do you think they’re too good to be true? Sound off down below and give us your thoughts!